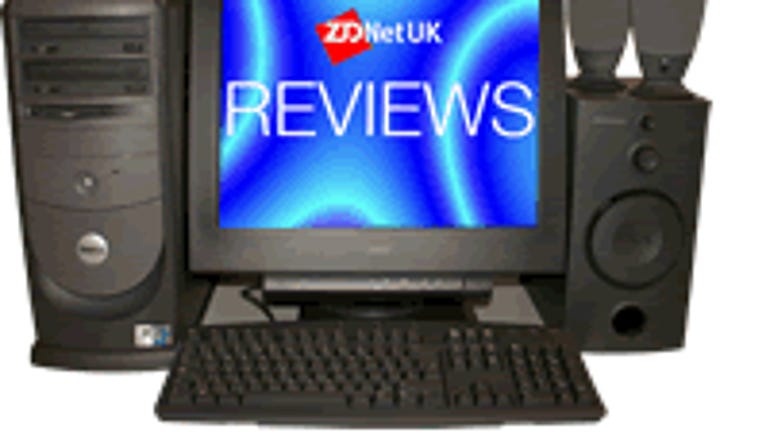 Dell's new top-of-the-range consumer PC, the Dimension 8200, is based around Intel's latest 2GHz Pentium 4 processor. This very well equipped system is not only reasonably priced, but also has some interesting new design features and delivers record-breaking performance.

Our review model was fitted with Intel's 850 chipset supported by 256MB of PC800 RDRAM, and had Windows 2000 Professional installed. Performance-wise, the Dimension 8200's biggest highlight is its 3D graphics speed: the system's 64MB nVidia GeForce3 graphics card, and as you'd expect with such a combination, the 3D WinMark 2001 score was outstanding -- 206 beats the next fastest system we've reviewed by some distance. The card has VGA and DVI outputs, allowing you to use a CRT or flat panel monitor. We were supplied with a Dell P991 19in. Trinitron monitor, and the quoted price includes this component.

Performance when running business and high-end applications is excellent, too -- scores of 61.4 under Business Winstone 2001 and 78.4 under Content Creation Winstone 2001 are both record-breaking.

Processor aside, this is a very well-equipped PC. A Creative Labs SoundBlaster Live! sound card and Harman Kardon 695 speakers provide the audio capabilities. The massive 100GB Western Digital WD1000 Caviar hard drive is a 7,200rpm Ultra-ATA/100 unit. Both an NEC DV-5800A 16-speed DVD-ROM drive and an NEC NR-7800A 16/10/40x CD-RW drive are fitted, giving you a wide range of removable media options. The former is connected to the sound card for listening to CD audio, but unfortunately via an analogue connection rather than the digital S/PDIF connection supported by both the drive and the sound card. A 56Kbit/s PCI modem provides some connectivity, but there's no network card fitted as standard.

The Dimension 8200's case has some interesting features. The front panel sports a lift-up flap, beneath which you'll find two USB ports and a headphone socket. These sockets are angled downwards, so once you've plugged your cables in you can lower the flap, keeping the wires tidily stowed.

The case itself opens on a hinge, allowing easy access to all the machine's internals. The system has to be laid on its side to do this, as one of the catches is on the base of the unit, rather than the side dropping down as in Apple's Macintosh G4. This does mean, however, that you get access to the rear of the drive bays, making adding or removing a drive quite easy. However, the case also only opens to an angle of around 45 degrees, whereas a 90-degree angle would make access even easier. This type of case design is definitely the way to go, but it would be even better if you didn't have to drop the unit on to its side to open it up.

Inside there are two free PCI slots and two free 3.5in. drive bays, one internal and one external. The drive bays are tool-free, using rails on the sides of the drive, and spare rails are provided. Both the external 5.25in. bays are taken up with the removable optical media drives. Two of the four RIMM memory slots are free, allowing further RAM expansion.

As well as being exceptionally fast, the Dimension 8200 is also very well equipped for the price. If you're looking for a fast multimedia/gaming machine, or just a fast machine, you should definitely consider Dell's Dimension 8200.