According to the GAO​, 1.1 million payments went to dead people to reach that $1.4 billion tally, but the crux of the issue is data management across the US government.
Written by Larry Dignan on June 25, 2020 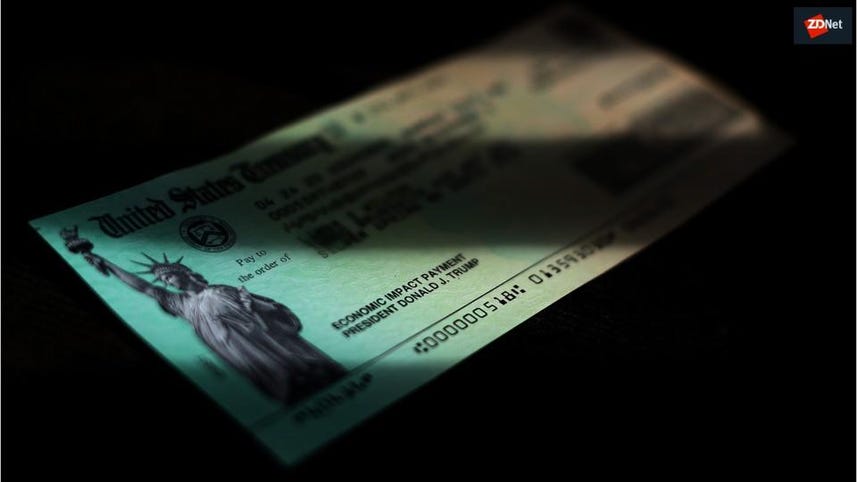 The Federal Government sent about $1.4 billion in COVID-19 stimulus checks to dead people because the IRS, US Treasury, and Social Security Administration weren't sharing data, according to a Government Accountability Office report.

According to the GAO, 1.1 million payments went to dead people to reach that $1.4 billion tally, but the crux of the issue is data management across the US government. In its report on COVID-19 response, the GAO noted:

IRS and Treasury face additional risks related to making improper payments to ineligible individuals and fraud. For example, IRS typically uses third-party data, such as the death records maintained by the Social Security Administration (SSA), to detect and prevent erroneous and fraudulent tax refund claims. Treasury and IRS did not use the death records to stop payments to deceased individuals for the first three batches of payments because of the legal interpretation under which IRS was operating. The first three batches of payments accounted for 72 percent of the payments disbursed as of May 31. According to the Treasury Inspector General for Tax Administration, as of April 30, almost 1.1 million payments totaling nearly $1.4 billion had gone to decedents.

GAO's wide-ranging report examined how the CARES Act -- which provides more than $2 trillion in emergency assistance to individuals, families, and businesses during COVID-19 -- has been implemented. The report highlights how data sharing is a big issue across the COVID-19 response.

CDC reported testing data from different sources that have varied over time and have not been counting the tests the same way. The agency sought to improve the consistency of testing data by posting guidance on its website on May 6, 2020, for how the data should be submitted to states from clinical laboratories, which are one source of laboratory data, but not all sources from which CDC has collected state data have provided consistent testing data. For example, when states did not report data for a given day, CDC collected and reported testing data from states' websites that aggregate testing data, but some states' websites count the number of people tested while others count the number of samples tested, which could include multiple tests of one person.

Antiquated data systems that cannot process such large volumes of claims. According to DOL and representatives of state workforce agencies, states with UI information technology systems that date as far back as the 1970s have reported crashes due to the current claims volumes. While DOL has assisted states' efforts to modernize their UI systems in recent years by, for example, providing grants, technical assistance, and guidance, relatively few states had load-tested their systems for the current volume of claims, according to representatives of state workforce agencies.