Jamie Yap covers the compelling and sometimes convoluted cross-section of IT and homo sapiens, which really refers to technology careers, startups, Internet, social media, mobile tech, and privacy stickles. She has interviewed suit-wearing C-level executives from major corporations as well as jeans-wearing entrepreneurs of startups.

From helping dairy farms make the most of milk production to bodysuits that light up in sync with music during a dance routine, machine-to-machine (M2M) communications technology is quietly but surely sweeping into several aspects of human society in the years to come. 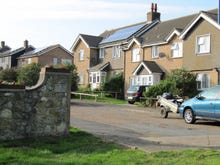 It is not that M2M technology use cases are too futuristic for the man on the street to grasp or appreciate, industry watchers shared with ZDNet Asia. Besides the generally low level of awareness currently, the low visibility of M2M technology at work is a major reason, they added.

M2M applications are typically used behind the scenes, such as in a healthcare setting, said Suvendra Das from Philips Healthcare Asia-Pacific. His company created the eICU program which allows patients, who would otherwise have to remain warded long-term in hospital intensive care units, to continue to be monitored and recuperate in their own homes.

Patrik Regardh of Ericsson's Networked Society Lab and head of strategic marketing, said many M2M applications are also in their early stages of deployment in several industries, so society has yet to witness a complete and significant enough transformation of those industries to take notice.

Nonetheless, there is optimism for the future progress and prevalence of M2M in everyday life.

Regardh, for one, noted today's society will transcend beyond the Information Age into the future "Networked Society [where] people, places and things are connected to benefit society, the environment and the economy".

READ THIS: M2M and the Internet of Things: A guide

For instance, sensors could be deployed to track and route anything from flights to goods in freight. Sensors could be installed on bridges or roads to monitor traffic flow and vehicle weight--and detect which ones are over the legal limit.

By 2020, there will be 50 billion connections, clearly a lot more than just the consumer devices people now have in homes such as phones, cameras and game consoles, Regardh explained.

Eric Haissaguerre, regional director, cloud and IT services at Orange Business Services, was equally bullish. In the coming years, M2M solutions will multiply as more organizations recognize the potential for applications such as tracking, process automation, fleet management, telemetry and the like, he said.

"M2M will gradually impact everyday life more as the benefits of M2M extend into areas such as healthcare, environmental monitoring and leisure," he noted.

Entertainment/Performance: Dance the light away
iLuminate essentially takes a simple M2M concept and turns it into art: dancers wear bodysuit and costumes that light up wirelessly to match the music and choreography, explained company's founder Miral Kotb, a former software engineer. Entertainment artistes such as music group The Black Eyed Peas have used iLuminate's technology.

"Clothing with lights 'in time' have been around for several years, however they only had on and off buttons," Kotb said. The difference with the iLuminate platform is that performers wear illuminated costumes that can be controlled without having to keep pressing buttons. Furthermore, the software's accuracy means cues can fire every 5 milliseconds, which is 1000 times faster than a human hand clicking a button.

Technology aside, the cool factor comes from how beautiful imagery is created by the light illusions. Every costume has several channels of light--anything from 8 to 32 different channels--so "you can turn on the lights that located only on an arm, leg or head, and [give the illusion] that a person has 5 arms and so on", Kotb said. M2M is not something that is too futuristic to grasp, and is actually more common than most people are aware of or think about. There is so much that can be done with M2M and art, she noted, and the light suits are just the start.

Food production: Milking benefits with M2M
The food production sector is one that "happily embraces" every technological advancement that helps production and lowers cost, and M2M technology is a tool of proven effectiveness in this aspect, said Regardh from Ericsson's Networked Society Lab and head of strategic marketing.

Milk production is an age-old industry but it uses some of the latest M2M technologies, Regardh said. M2M is not merely about efficiency in terms of production but enhancing profitability.

The executive said it is a completely automated process where as the cows are milked by robots, the underlying software program reads the data, which is then sent to farmers via text messages on their handsets. This includes information such as which cows have been milked, how much each cow is producing and how much they are moving. "A lot of movement could mean that this particular cow is in season, which is something a farmer cannot afford to miss," he pointed out.

Home appliances: From a fridge to a food manager
This market is still in an early stage, but smart home appliances equipped with innovative M2M connectivity will open up a new era in convenient and efficient home management and quality of life, said Scott Jung, managing director of LG Electronics Singapore.

M2M technology will make its way into more home appliances in years to come because of the rapid proliferation smartphones and smart TVs today into everyday life, he explained.

At the Consumer Electronics Show (CES) event last January, LG showcased a "Smart Refrigerator" prototype demonstrating various M2M-based "smart home technologies". One of them was a food management system, which allows consumers to check food items stored inside the fridge such as location and expiry dates via their smartphones or its built-in LCD panel. The appliance even recommends dishes that can be cooked using the ingredients that it happens to be storing. When it comes to grocery shopping, pressing the "Go Shopping" button on the fridge's LCD screen lets consumers can select and purchase foodstuffs. This Smart Shopping feature is currently only available in Korea.

The various features are currently not available in LG products in Singapore yet, and according to Jung, commercializing the various smart features in LG's fridge models is dependent on the conditions of each individual market, such as the presence of Web infrastructure and cost-efficiency.

Environment: H2O meets M2M
Smart water metering is not just about ensuring customers are billed for their exact consumption, but has a wider impact on water management and waste reduction, noted Eric Haissaguerre, regional director, cloud and IT services at Orange Business Services.

Veolia Water, which already operates some 200,000 water meters, and Orange had launched a joint venture in the form of a smart metering operator called "m2o city" in 2011 in France. Orange Business Services is the B2B (business-to-business) arm of French telco Orange, while Veolia Water is part of Veolia Environnement, a French company providing environment services such as waste and wastewater management. Tapping Orange's network and ICT knowhow, Veolia Water wanted to enhance the collection and management of data related to water usage from those meters, and cross-check and combine them with other information from environment sensors in the cities, Haissaguerre said.

Not only does this improve customer service, but also better safeguards water resources, he pointed out. With m2o city, Veolia Water's individual customers are invoiced for their exact water usage. Customer satisfaction is up because they do not have to be disturbed by house visits, so there are fewer complaints and billing enquiries. Customers also receive automatic alerts in the event of abnormal consumption, while companies and real estate managers can also check year-round usage across a number of properties, he explained.

Healthcare: ICU (intensive care unit) at home
Philips Healthcare, which already provides patient monitoring systems, developed the Philips eICU solution which "sets the stage for systematic changes in ICU care", said Suvendra Das, general manager for Singapore and Malaysia at Philips Healthcare Asia Pacific. The eICU solution replicates but does not substitute the actual ICU of hospitals. It essentially allows ICU patients to recuperate and be monitored, but in the comfort and familiarity of their own home, he noted.

Philips created the software system that is installed in M2M sensors on the various medical apparatus, such as a heart rate or vital signs monitor, which are located at the patient's bedside. The system acts like an air traffic control center, whereby specialty physicians and critical care nurses at the hospital are networked to multiple ICU patients, who are all staying in their respective homes, via voice, two-way video and data.

Through the system, these healthcare workers can execute predefined plans or intervene in emergencies. Communicate becomes more effective between the hospital team and the bedside team and the time between problem identification and intervention is lowered, he explained. Currently in use mainly in some hospitals in the United States., the company is currently in talks with healthcare institutions in Singapore to implement the eICU solution.

"It is a win-win situation for patients, hospitals and governments as they are able to process more cases through the system without having to put in more beds and staff them. This in turn relates to a better cost structure as a shorter length of stay means hospitals will financially cost less," Das said.

Join Discussion for: 5 cool things you didn't know M2M could do