When IBM Master Inventor Andy Stanford-Clark decided to hack his house so he could get a clearer picture of his electricity usage, he had little idea that he was sowing the seeds for a plan to populate an entire English island with sensors.

Stanford-Clark had the idea for his 'Tweeting house' (as it came to be known) in 2004 when he began installing sensors to closely monitor how much electricity his house was consuming. The project took several years, but eventually he could control the items around his home remotely and monitor exactly what was using electricity. He even set up a Twitter account where his house would automatically publish information from its sensors.

Others on the Isle of Wight, where Stanford-Clark lives, heard about what he was doing. Over several years what began as a skilled scientist's hobby blossomed into a scheme to promote more efficient energy use in social housing and, eventually, into a plan to use machine-to-machine (M2M) technologies and a smart grid to make the island a reference for renewably minded regions across the world.

Ubiquitous M2M technology has been 'imminent' for about 30 years — along with fusion power, quantum computing and strong artificial intelligence. But, like all of these technologies, M2M failed to become mainstream on the optimists' schedule. This has begun to change over the past decade, however, and M2M was the key that allowed Stanford-Clark to unlock the data in the devices in his home.

From the house to the community

The journey of Stanford-Clark's project from his house, to the local community and finally to the entire island, shows the challenges and opportunities posed by this exciting field.

READ THIS:  M2M and the Internet of Things: A guide

Once Stanford-Clark had wired up his house, he could access near-real time information about the electricity use of all his household items. The data led to interesting insights that reduced his power bill and helped spot problems in household equipment.

"[Now] I have nearly eight years of data from my house to look back over and spot trends and interesting events," Stanford-Clark says. "An example was when our fridge became faulty and started using a lot more electricity than it should. I spotted that on the graphics really quickly and was able to get the fridge repaired before it added very much to the electricity bill." 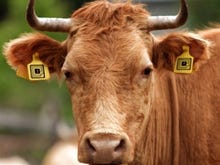 As of 2012, Stanford-Clark's house is reporting about 20 different data channels, most of which refresh every six seconds. "It's quite a lot of data," he says.

The work that went into wiring up the house was significant: Stanford-Clark had to hack together much of the equipment himself and needed to painstakingly fit monitoring technology in the form of CT Clamps to the wires feeding into the house gear. He also had to combine some commercial IBM messaging technology with a smorgasbord of home-brewed and open-source code to create a software package that could pass much of the information around. The core of the technology is the MQTT messaging technology.

"When I started the project, it was pioneering work, so I had to build all the sensors and other devices myself and write a lot of the software from scratch," Stanford-Clark says. "Now, there are many products available which make the job a lot easier, and prices are becoming commoditised, so someone recreating what I have done would be able to do it by integrating off-the-shelf products and at much lower cost."

These days, things are easier for the consumer, with technologies like Google's Android operating system, customisable Arduino boards and a variety of wireless transmitters and receivers available to let them get started. There are even packaged solutions like AlertMe and Current Cost, although their capabilities tend to be restricted to specific areas of the home, such as heating.

As of 2012, Stanford-Clark's house is reporting about 20 different data channels, most of which refresh every six seconds. "It's quite a lot of data," he says.

By smartening his house, Stanford-Clark was able to cut his electricity usage and spot problems with his white goods. This capability is useful to consumers because it lets them save money, useful to government seeking to meet its environmental goals, and useful to utility companies because it gives them more precise billing capabilities. The enabling 'smart grid' and 'home automation' technologies both rely on M2M communication to get their data.

Around the time Stanford-Clark was finishing off automating his own house in the late 2000s, a community of sustainability-minded people were embarking on the Chale Community Project — a Department of Energy and Climate Change-backed scheme to retrofit some social houses in the village of Chale on the Isle of Wight with solar panels, heat pumps and other environmentally friendly technology.

"What they hadn't got was any kind of monitoring to see what they were doing," notes Stanford-Clark, so he decided to do some pro-bono work on the project. This eventually turned into an IBM-sanctioned scheme where Stanford-Clark and two other people equipped around 40 homes on the housing estate with energy-monitoring equipment. This sent usage data to a web portal where people could log on and see their energy usage graphs. In one house, the system identified an area where the occupier could make an electricity saving of around £175 ($280) per year.

One man working on the Chale project was David Green, who now runs the Ecoisland scheme. This aims to use a spread of modern M2M and sustainable energy technologies to make the Isle of Wight (population 150,000) a prototype for how other communities across the UK and the wider world can reduce their electricity bills and carbon footprint.

The island is seen as a good testbed for renewable technologies, smart grids and electric vehicles because of its small size — it has a land area of just 148 square miles. This makes schemes like electric vehicles manageable because, as Stanford-Clark points out in an IBM blog post, "the shape and size of the island lends itself very well to this form of smarter transportation, as drivers can never be more than 24 miles (39km) from their home".

As plans for Ecoisland gestated, Green spoke with Stanford-Clark about the feasibility of the project. This led to IBM's involvement, along with other major companies like Toshiba, SSE, Silver Spring Networks and Clean Point.

The heart of the project is the rollout of an island-wide smart grid that will use automation and monitoring technology to collect and analyse data from sensors and energy meters across the island. 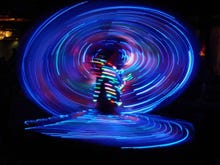 5 cool things you didn't know M2M could do From milking the benefits at dairy farms to keeping lights on bodysuits in sync with music, the role of machine-to-machine (M2M) communication has been growing behind the scenes.

The smart grid is expected to be built out within the next two to three years, according to David Green. This will give the island a mesh network of power distribution rather than the typical tree-and-branch model used by traditional utilities, which means that energy can be distributed more efficiently according to load and demand.

"All these things require a lot of communication back and forth between various nodes in the network without even involving the central control system or utility," says Alaa Owaineh, senior analyst for energy and sustainability at Ovum.

Smart grids are particularly useful for areas where there is a significant contribution from renewable energy, Green says, because the vagaries of the English weather will determine when and how much power is generated by the island's solar panels.

"When the sun is shining we have about 40 megawatts of solar energy on the island," says Green. "The other problem it's causing is that level of peaky renewables leads to a certain level of voltage stabilisation."

The smart grid's ability to rapidly distribute power loads through a mesh of power lines, rather than through certain predefined distribution points, should allow the island to cope better with its unpredictable solar assets.

Alongside the smart grid build-out, the island's houses will be fitted with smart meters.

"The real motivation for smart metering is to give you an accurate regular bill," Stanford-Clark says. "The long-term goal of smart metering is the smart grid. It's not just sending data back to the big hub in the sky — it's the fact you can send control signals the other way."

The smart grid will give the island a mesh network of power distribution rather than the typical tree-and-branch model used by traditional utilities.

To send signals the other way, Eco-Island hopes to outfit around 10,000 homes with Home Energy Management systems based on Stanford-Clark's original design (with some refinements). Eventually this could expand to cover as many as 35,000 homes.

These energy management systems will also unlock the potential of the smart grid by letting homeowners enter into a deal with their power company where, in exchange for allowing the utility to remotely turn off certain household items in order to regulate demand, they get a substantial rebate.

Such agreements will make it easier for utilities to deal with power spikes from renewable energy production, but may be greeted cautiously by some customers.

"There's a tremendous tendency to think of a smart grid like this as a big brother, as a Skynet thing," David Green says. "My point is very simple: all this, really, is a clever remote control for your house."

The key technologies for the home automation systems that will talk to the smart meter, and then to the utility companies, will be based around Stanford-Clark's original home design and will use the MQTT protocol.

Homeowners "can either buy an existing system... or can get [Ecoisland's] system and we would be the managers", says Green.

Once they gain access to home energy monitoring, householders tend to reduce their power consumption by around 25 percent, according to Green, so along with creating a more flexible power grid capable of supporting renewable energy, the scheme should also result in lower power bills for consumers.

Those involved in the Ecoisland project hope that it will be used as a "cookie cutter" prototype for other schemes across the world.

And at the heart of this scheme will sit the M2M home energy management systems based on Andy Stanford-Clark's original bout of tinkering. Not bad for a weekend project.

Join Discussion for: From the house to the island: How M2M can...