Full Bio
Posted in Between the Lines on September 9, 2019 | Topic: CXO 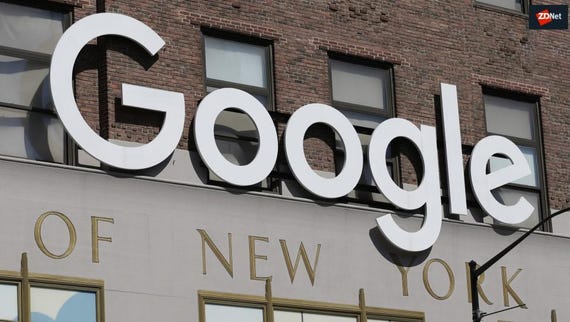 Attorneys general from 48 states, as well as from the District of Columbia and Puerto Rico, announced on Monday they're launching a preliminary antitrust investigation into Google. Texas Attorney General Ken Paxton is leading the bipartisan coalition, which includes attorneys general from every state except for California and Alabama.

"Right now we're looking at advertising, but the facts will lead where the facts lead," Paxton said Monday from outside the US Supreme Court, where he was joined by about a dozen other attorneys general.

"Very compelling analyses suggest that the overwhelming number of query responses relate to Google businesses and/or advertisers that pay for that slot," he said.

Utah Attorney General Sean Reyes stressed that the investigation is preliminary and that "Google is entitled to a presumption of innocence" during the probe.

"That said," Reyes added, "there's a reason why there are so many of us standing here and joined together. And I think that speaks to the pervasiveness... the seriousness... the continuity of the complaints, the concerns that have been raised with us by the American people."

Last week, when news broke of the coordinated investigation, Google told ZDNet in a statement that it will continue to work with regulators and attorneys general in their inquiries.

"Google's services help people every day, create more choice for consumers, and support thousands of jobs and small businesses across the country," a Google spokesman said.

"We continue to work constructively with regulators, including attorneys general, in answering questions about our business and the dynamic technology sector."

Google and other US technology firms are already the subject of multiple, ongoing antitrust investigations, as regulators at home and abroad grapple with the growing size and influence of US tech giants. The US Department of Justice (DoJ) in July launched a sweeping antitrust review into the industry's competitive conditions.  Meanwhile, the DOJ and the Federal Trade Commission (FTC) have reportedly opened up antitrust investigations into Google, Amazon, Apple, and Facebook, with the agencies divvying up oversight responsibilities. Back in February, the FTC announced the formation of a new task force to monitor the US tech industry and markets for online advertising, social networking, mobile operating systems and apps, and platform businesses.

Additionally, earlier this year, the House Judiciary Committee announced its own bipartisan investigation, promising a "top-to-bottom review" of the market power held by giant tech platforms.

In Europe, regulators announced an antitrust probe into Amazon's use of sensitive data from the independent retailers that sell on its marketplace. Meanwhile, Google last month said it has appealed the €1.49 billion fine it faces for allegedly partaking in advertising practices that breached EU antitrust rules.