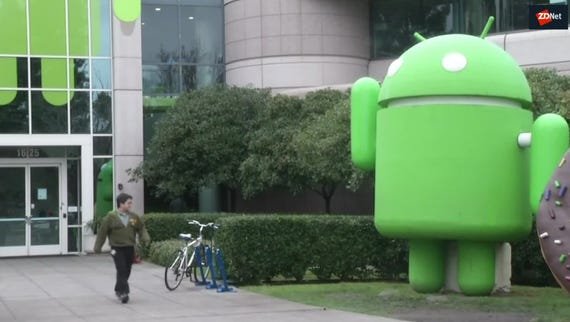 The EC said Google has abused its market dominance by imposing a number of restrictive clauses in contracts with third-party websites which stopped Google's rivals from placing their search adverts on these websites.

The EC said the fine of €1,494,459,000 – 1.29% of Google's turnover in 2018 – takes account of the duration and gravity of the infringement. The fine has been calculated on the basis of the value of Google's revenue from online search advertising intermediation in Europe.

Commissioner Margrethe Vestager, in charge of competition policy, said that in this case Google was fined for illegal misuse of its dominant position in the market for the brokering of online search adverts.

Google has cemented its dominance in online search adverts and shielded itself from competitive pressure by imposing anti-competitive contractual restrictions on third-party websites, she said.

"This is illegal under EU antitrust rules. The misconduct lasted over 10 years and denied other companies the possibility to compete on the merits and to innovate – and consumers the benefits of competition."

Websites often have a search function embedded; when a user searches this can return both search results and search adverts. Google provides these search adverts to owners of websites via AdSense for Search, acting as an advertising broker, between advertisers and website owners.

Google held more than a 70 percent market share in online search advertising intermediation across the European Economic Area from 2006 to 2016, according to the EC. In 2016, Google also held market shares generally above 90 percent in the national markets for general search, and above 75 percent in most of the national markets for online search advertising.

Because Google's rivals like Microsoft and Yahoo can't sell advertising space in Google's own search engine results pages, third-party websites represent an important entry point for these other suppliers.

Google's provision of online search advertising intermediation services to the most commercially important publishers took place via agreements that were individually negotiated. The Commission has reviewed hundreds of such agreements in the course of its investigation.

It found that starting in 2006, Google included exclusivity clauses in its contracts. This meant that publishers were prohibited from placing any search adverts from competitors on their search results pages. The decision concerns publishers whose agreements with Google required such exclusivity for all their websites.

As of March 2009, Google gradually began replacing the exclusivity clauses with so-called "Premium Placement" clauses. These required publishers to reserve the most profitable space on their search results pages for Google's adverts and request a minimum number of Google adverts. As a result, Google's competitors were prevented from placing their search adverts in the most visible and clicked-on parts of the websites' search results pages, the EC said.

As of March 2009, Google also included clauses requiring publishers to seek written approval from Google before making changes to the way in which any rival adverts were displayed. This meant that Google could control how attractive, and therefore how clicked on, competing search adverts could be.

Google's practices covered over half the market by turnover throughout most of the period. Google's rivals were not able to compete on the merits, either because there was an outright prohibition for them to appear on publisher websites or because Google reserved for itself by far the most valuable commercial space on those websites, while at the same time controlling how rival search adverts could appear, the EC said.

The EC ruled that Google's practices amount to an abuse of Google's dominant position in the online search advertising intermediation market by preventing competition on the merits.

It said Google is dominant in the market for online search advertising intermediation and has abused this market dominance by preventing rivals from competing in the online search advertising intermediation market. The EC said Google ceased the illegal practices a few months after the Commission issued in July 2016 a Statement of Objections concerning this case.

"Based on a broad range of evidence, the Commission found that Google's conduct harmed competition and consumers, and stifled innovation. Google's rivals were unable to grow and offer alternative online search advertising intermediation services to those of Google. As a result, owners of websites had limited options for monetizing space on these websites and were forced to rely almost solely on Google. Google did not demonstrate that the clauses created any efficiencies capable of justifying its practices."

Kent Walker, SVP of global affairs at Google, said: "We've always agreed that healthy, thriving markets are in everyone's interest. We've already made a wide range of changes to our products to address the Commission's concerns. Over the next few months, we'll be making further updates to give more visibility to rivals in Europe."

Yesterday, in response to its previous $5bn antitrust fine from the EC last July, Google said it will soon start asking Android device owners in Europe which browser and search engine they would like to have.

Search giant told to change its practices in 90 days.

Earlier this year, the European Commission fined Google for its restrictions on Android device makers and network operators.

The EC has said it is happy with concessions made by the software giant to provide a choice of browsers, while Microsoft will make technical docs available to developers

European regulators have issued a Statement of Objections to Microsoft over failures in implementing browser choice between February 2011 and July 2012 – a sign the Commission is looking to take its antitrust investigations further.

The difference between Gmail, a Google Account, and G Suite accounts TechRepublic

Not all Gmail accounts are G Suite accounts. And not every Google account ends in @gmail.com. Here's what you need to know about the differences.