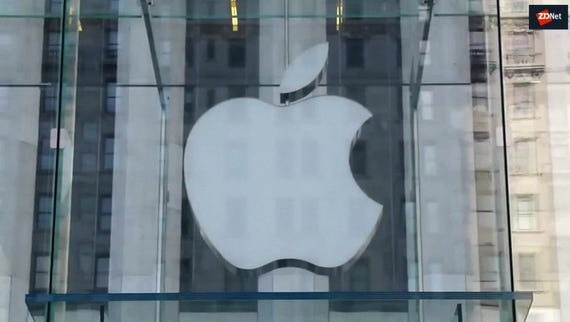 Video: Apple's mammoth investment plan in the US bigger than Denmark's economy

While Apple's earnings report is where we get the raw facts about how the company is doing, there can be some real nuggets of information buried in the follow-up conference call.

See also: How to tell if your iPhone battery needs replacing

Here are eight new things we know about Apple's business:

#1: Don't just focus on the iPhone

It's easy to get blinkered when looking at Apple and think that everything hinges on iPhone sales. Apple CEO Tim Cook tries to blow away that notion right out of the gate:

"We're thrilled to report Apple's biggest quarter ever, which set new all-time records in both revenue and earnings. We generated revenue of $88.3 billion, which is above the high-end of our guidance range, and it is up almost $10 billion or 13 percent over the previous all-time record we set a year ago." - Tim Cook, CEO

While iPhone sales may have slipped one percent compared to the year-ago quarter, it's still growing as a revenue driver:

"Our growth was broad-based and a key driver was iPhone, which generated its highest revenue ever." - Tim Cook

But it's still happy to make statements that, without any context, mean very little.

"It was our best quarter ever for the Apple Watch with over 50 percent growth in revenue and units for the fourth quarter in a row and strong double-digit growth in every geographic segment. Sales of Apple Watch Series 3 models were also more than twice the volume of Series 2 a year ago." - Tim Cook

While analysts and investors still take the view that a quarter is a quarter, I still admire the attempt at reframing the narrative here:

"During the quarter, we sold 77.3 million iPhones, the highest number ever for a 13-week quarter. Average weekly iPhone sales were up 6 percent compared to December quarter last year with growth in every region of the world despite the staggered launch of iPhone 10." - Luca Maestri

#6: The iPhone X will transform into the iPhone

The iPhone X is paving the way for all iPhones, so expect Face ID and OLED to become the norm:

"But I would tell you that we're thrilled with the reception of iPhone 10. And as we said when we launched it, we were setting up the next decade. And that is how we look at it. And so that's the reason it's chockfull of incredible innovation. And so you can bet that we're pulling that string." - Tim Cook

#7: Lots of talk about AR, but still all vague and fuzzy

Apple likes to talk big about the future of AR, but the current crop of apps that make use of it, along with how you use it (awkwardly holding up an iPhone or iPad) diesn't really match up:

"I see AR as being profound. I think, AR has the ability to amplify human performance instead of isolating humans. And so I am a huge, huge believer in AR." - Tim Cook

It's new buyers and switchers that are driving sales:

"Worldwide, almost half of our iPad sales were the first-time tablet buyers are those switching to Apple, and that's true in some of our most developed markets, including Japan and France. In China, new and switching users made up over 70 percent of all iPad sales." - Tim Cook