AAUGH! We ditched cable for streaming and, like Charlie Brown, we all got a rock

I've developed a new philosophy with content streaming. I only dread one day at a time!
Written by Jason Perlow, Senior Technology Editor on Oct. 27, 2020 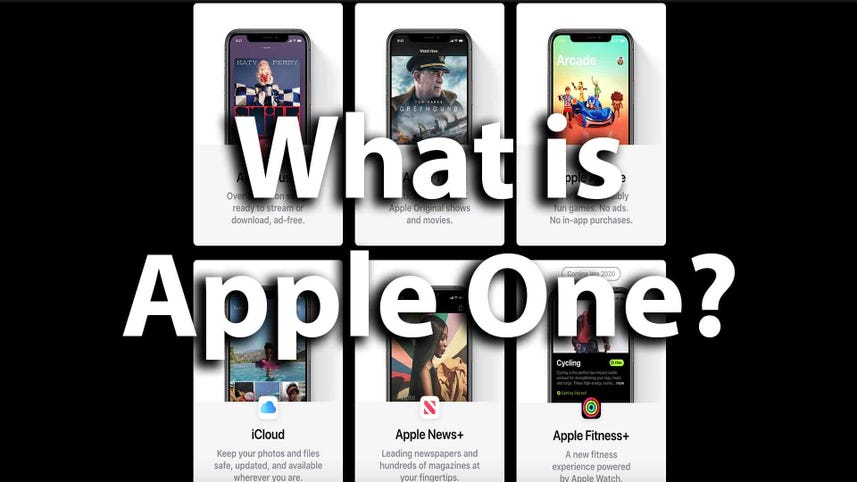 This week, many fans of classic holiday cartoons got some awful news -- the entire archive of Peanuts specials, including my wife's own favorite, It's the Great Pumpkin Charlie Brown -- has been purchased by Apple, over 45 shows and 20 documentary specials in all.

For the past 51 years, the adventures of Charlie Brown, Snoopy, Lucy, Peppermint Patty, Linus, Sally, and their friends have been broadcast on network television -- on CBS until 2000, and then on ABC until last year. Now, all of this intellectual property is exclusively available on the Apple TV Plus streaming service.

The Great Pumpkin never shows up at the end, bringing voluminous bags of candy. He. Never. Does. Not in the nearly five decades I've been watching that show, time and time again.

But Poor Blockhead Charlie Brown does always get one thing, every single year. Instead of a bag of Halloween treats, he gets stiffed with a rock. Repeatedly.

I think we all were promised a lot of things with streaming TV and cord-cutting and got the proverbial rock instead. Let's talk about what happened.

In 2014, I decided that I had enough cable TV bundling, so I cut the cord. I was spending about $132 per month at AT&T for a package that, at the time, included all the premium channels. This didn't include my broadband internet service, for which I was paying an additional $74 a month for a 24Mbps DSL connection.

When I cut the cord, I also switched over to another broadband provider to get a higher quality of service, 100mbps, to accommodate higher-quality video streams. Naturally, I had to pay more for it.

With cable, though, that bandwidth for the video was guaranteed separate from my internet bandwidth. And with the DVR I was using, I could record those premium shows at off-hours to not interfere with my work, as I've been home-based for many years. So with cord-cutting, I was just shifting my problem entirely to my internet bandwidth.

To watch the content I wanted to watch, I had recurring costs for services I needed to take on. Netflix, Hulu+, Amazon Prime, and an estimated four "premium" rentals a month would cost me roughly $45 a month, or $650 a year.

But flash-forward to 2020. Yes, my internet bandwidth has improved a lot. I'm now back at AT&T, paying $90 a month for 1Gigabit fiber. But guess what? Now that everyone is at home, we all need that guaranteed bandwidth because the shows are now streaming at 1080p or higher. To pull this off, we need more sophisticated edge networks built out for content caching by the telecom providers -- and that cost is being passed down to the consumer.

There's no DVR in this equation; everything needs to be pulled down from the streaming box. And no, I can't use a TiVo or equivalent device with a broadcast TV antenna to record to a DVR because I am in a lousy coverage area.

And now, I am also paying for more services. Want Star Trek? You're paying for CBS All Access -- that's $5.99 a month, but it's $9.99 with no commercials. Want Disney with all the Star Wars and Marvel stuff? You're adding another $70 a year. Want all the DC Comics shows like Doom Patrol and HBO stuff like WestWorld? HBO Max costs $14.99 a month, assuming that you aren't getting it as a bonus for being an AT&T Broadband or higher-end wireless plan customer.

All in all, I am now paying over $200 more a year in services and extra broadband costs than I was in 2014. Sure, if you are willing to get smart with bundles like Disney, which includes ESPN and Hulu for $12.99 a month, or Apple, which combines CBS and Showtime for $9.99, you can save a little bit, but it's still frustrating.

Technically, I am still spending less than I was four years ago. Instead of spending over $1500 a year on cable, I am spending about $800 or $900 a year on equivalent streaming services -- mainly because I don't buy sports streaming content that used to be built into my cable TV service plan or purchase any pay-per-views. There are plenty of people that still pay more if they want those things.

But here's the rub:

Four years ago, virtually all of the content we wanted to watch was still available on cable or broadcast television. But because media giants like Apple, Disney, AT&T/WarnerMedia, NBC/Comcast, Netflix, and Amazon are buying up catalog content or are producing all the new and better quality unique content, we can't go back to bundle cable plans.

We're stuck with the streaming services now for better or for worse.

And because we are now stuck with the streaming services and moving data over the public internet and edge networks, we're at the mercy of the internet streaming infrastructure back-end and content delivery networks (CDNs) to serve everything up.

A fair amount of this stuff is now sitting in a handful of hyper-scale clouds as well. And suppose one of these cloud providers has any kind of an issue. In that case, a number of these streaming services can be affected all at once, depending on geography, the service's SLA and resiliency, and geo-redundancy plans, et cetera. And individual telecom provider glitchiness and snafus also come into play, as well. Downtime happens.

This is especially problematic given that we are in a pandemic and many people are still at home. For the most part, the clouds have been pretty resilient during all of this, but I've had my share of technical hiccups.

Happiness is a warm Roku

Let's start with the number of times per month you have to re-authorize your accounts on certain services because they've experienced some glitch or purposely do this in order get a better census of active users, or to drive down fraudulent use. It drives me bananas. You'd think these guys would figure out how to implement some kind of single sign-on (SSO) technology by now, but they haven't.

They've all got their unique sign-on or authorization form, or they have agreements with the device manufacturers to do pass-through billing, like Amazon, Roku, and Apple do. So if you've got multiple TVs, or you want to watch some of these services on different device platforms -- you can't. You have to watch it on the platform you activated it on.

Oh, and finding shows? It's now a game of jump the app. Half the time, I don't remember what service a particular show is on. Sure, the discovery of programming has improved with new products like Chromecast with Google TV and Apple TV, which have created aggregated search and content surfacing user experiences. But you still have to switch from one app to another. Even on the fastest streaming device products, it can take 10-15 seconds to load up, especially if you've exited out of one to the main menu. On slower devices, that can take a lot longer, depending on the app that needs to be loaded.

Then there is the inconsistency of video and audio playback. Last week, I attempted to diagnose a problem with my Dolby Digital setup on my Sonos Beam and wireless living room surround speakers. I noticed that Star Trek: Discovery was only playing in 2.0 stereo and thought something was wrong with my equipment.

It turns out that the CBS All Access app has known issues with different streaming device platforms and many subscribers are unable to switch audio tracks from stereo to 5.1 surround sound, and CBS doesn't provide 5.1 tracks on all of its content. On a Roku, it's apparently doable with the asterisk (*) on the remote, provided the show supports it, but on the latest Chromecast with Google TV and some other devices, you're out of luck.

In short, you're at the mercy of the performance of a particular device and app combo, the quality of your internet connection at any moment, as well as what the content provider decides to do with a specific show. There's absolutely zero consistency of experience with streaming. Lucy will pull the football away from you, and you'll never see it coming.

Yes, cable TV may have been more expensive, but having to debug this kind of stuff was never an issue with the supplied cable TV equipment and my home audio setup. The video stream's quality was also never a problem, either; you didn't have to contend with the complexities of Wi-Fi interference or access point throughput or the disposition of your internet connection. The boxes were all hooked up through rock-solid coax or Cat5 connectivity, and all the content was being broadcast over the cable provider network. The stuff just worked.

But hey, It's still cheaper, right? Well, now that the movie theaters are all going bust, the premium content that used to be in the theater is going to cost you extra on top of what you're paying for the base streaming products if you expect to see them anywhere near their release dates. But you planned for that $30 movie rental once a month, right?

AAUUUUUUGGGGGHHHHHHHHHHHH! Tell me how you feel and I'll share the poll results next week.