It's a partnership between Adelaide Metro, Conduent, Mastercard, and Visa.
Written by Aimee Chanthadavong on Sept. 20, 2020 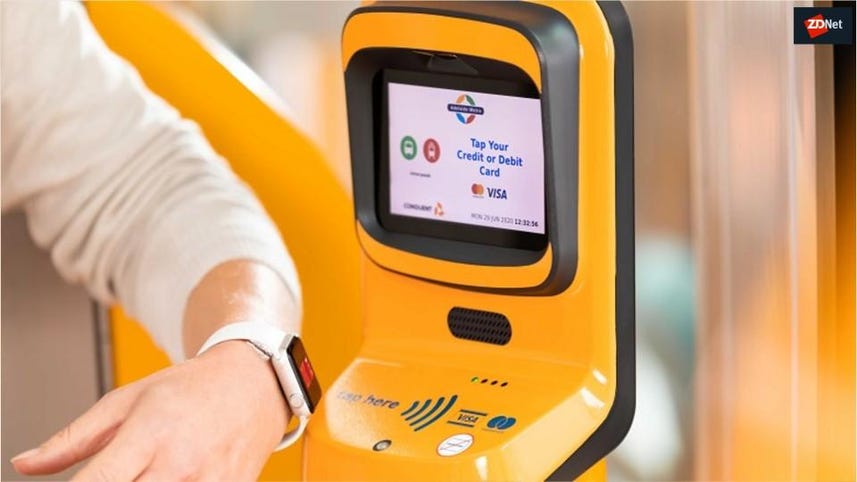 Commonwealth Bank of Australia has extended the option for customers to use their Visa and Mastercard debit or credit card to pay for travel across Adelaide Metro tram network.

Commuters can now tap on and off using any PayPass or PayWave-enabled Visa or Mastercard debit or credit card, or digital wallet on their smartphone, tablet, or wearable device to pay for their travel, instead of using cash or their Metrocard. The contactless payment option is currently unavailable to American Express cardholders.

"A modern payments network is the backbone of a successful economy and we're pleased to be activating this payment method to give Adelaide's commuters an additional contactless way to pay," CBA institutional banking and markets group executive Andrew Hinchliff said.

The payment technology is part of a pilot operated by Adelaide Metro in partnership with Conduent, Mastercard, and Visa. The pilot is stage one of an upgrade of the Adelaide Metro ticketing system aimed at making travel faster and easier for commuters.

"The COVID-19 pandemic has really highlighted the benefits of contactless payments and the need to have more options available. We can already pay for things like groceries or dinner at a restaurant with payWave so it makes sense to expand this technology to include public transport," South Australian Minister for Transport Corey Wingard.

The City of Churches follows in the footsteps of Sydney, which introduced cashless payment across the public transport network in 2019, following a number of trials. It was initially rolled out to Sydney ferries and light rail, followed by trains, and eventually buses too.

Since trials began in Sydney, over 20 million journeys have been paid using cashless payments, the Commonwealth Bank said, which developed the core payment infrastructure in Sydney.