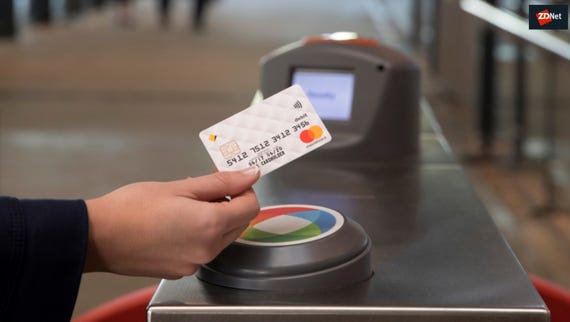 The New South Wales government has extended the payment options available to commuters using public transport, announcing the acceptance of debit and credit cards, in lieu of using an Opal card, across the Sydney Trains network and on any NSW Train Link Opal service.

Commuters can now "tap on-and-off" using their PayPass or PayWave-enabled Visa, Mastercard, and American Express debit or credit cards, with the feature extended to mobile wallets on smartphones, tablets, and wearable devices linked to those cards.

Opal, which NSW Minister for Transport and Infrastructure Andrew Constance said is used to complete almost 14 million trips per week, will still be available, with the travel discount, concessions, and transfer discounts being available only through Opal use.

Monday's announcement follows the state government, alongside Cubic Transportation Systems, kicking off a trial in July last year that saw commuters using a Mastercard card or mobile wallet to tap on-and-off some ferry services in Sydney.

The trial was then extended to Visa and American Express cardholders in March 2018, allowing use of all three card types on all ferries and one light rail service.

More than 235,000 trips have been taken in Sydney using contactless payments since the system was extended to all ferries and light rail in March this year, Cubic said.

"Expanding contactless in Sydney is a game-changer for transport and represents one of the biggest advancements in ticketing technology in years," CTS Asia-Pacific senior vice president and managing director Tom Walker said in a statement on Monday.

Cubic expects some of the contactless technology, software, and equipment developed for Sydney will also be included in Cubic projects to be rolled out over the next few years in cities like New York, Boston, and San Francisco.

Speaking at the WT Wearable Technologies Conference in Sydney in December, Lance Blockley, managing director of The Initiatives Group and part of the evaluation committee that chose Cubic to rollout Opal, said Cubic was chosen as it fulfilled a part of the requirement that asked all of the hardware to be installed from day one with openloop compatibility.

"You'd love the idea of all of the main metro areas in Australia to be openloop, because you could go to any city and just tap-on and tap-off," he added, noting however Melbourne's Myki is a completely different system to the one Cubic has installed elsewhere.

"Melbourne will be a problem."

Similar issues have been seen in both Brisbane and Perth, but Blockley said they are easier to deal with. The Department of Transport has previously said there is still significant development required to get an Australia-wide system.

The Commonwealth Bank of Australia, which claims development of the core payment infrastructure used on NSW's public transport system, said it will also be using its partnership with Mobeewave to allow transit officers to validate contactless payment fares using off-the-shelf devices.

Constance said expansion to the bus network has been earmarked for mid-2019, and the Minister also said Transport for NSW is working with Eftpos to see if its technology is suitable.