Paul Greenberg is founder & Managing Principal of The 56 Group, LLC. 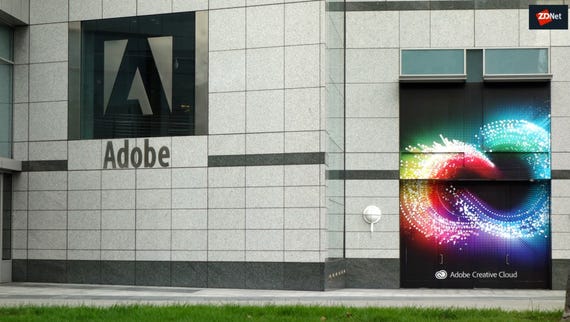 This is the first of two posts related to Adobe -- the first one is by Chris Fletcher, and the second one is by me from more of an Adobe-Microsoft partnership standpoint. I know Dreamforce just passed us by, and you want to hear my take on it. But first, these two posts. I figured I'd wait until Dreamforce was over -- since no one in the tech world would pay attention to anything except around Dreamforce.

Chris is eminently qualified to speak on this topic. Chris was a Gartner analyst, and martech was one of the domains he covered for years. It in fact predates Gartner to when he was an analyst at AMR, a company that Gartner acquired in 2009.

He has more than a decade in the space. So, Chris, now an independent analyst, knows from what he speaks. He, knowing him, would be too humble to tell you how trusted he is as an analyst to give a fair assessment of a company -- good or bad. But, trust me, he's trusted.

Not only all that, but he is a truly good person who is nothing but kind-hearted and honest to a fault. I welcome him here. If you want to reach him, email him: Chris.Fletcher@AegeanGroup.tech

Take it away, Chris.

Adobe just announced its acquisition of Marketo, a leading marketing automation SaaS platform that supports (mostly) B2B marketing campaigns and lead management. Although the acquisition price is an eye-popping $4.75 billion (Vista Equity Partners acquired Marketo for about $1.8 billion not long ago), the acquisition is a net positive for Adobe and for its customers, but possibly not so positive for Marketo competitors. I've been covering Marketo and its competitors in the B2B marketing segment since about 2013, when I researched and wrote the inaugural Magic Quadrant for CRM Lead Management (and four follow-on MQs in 2014, 2015, 2016, and 2017).

Here's what you need to know

Marketo competes mostly in the B2B marketing automation/campaign management segment (although it also showed its ability to scale the Marketo platform and compete in the crowded B2C marketing segment a couple of years ago).

Marketo's primary competitors include: Salesforce (mostly Pardot, but also parts of the Marketing Cloud); Oracle (mostly Eloqua, but also BlueKai, Responsys, and Content Marketing); IBM (currently called Watson Campaign Automation, but in reality a mash-up of the former Unica product, Silverpop, analytics from multiple platforms, and, of course, Watson); and in some use cases, SAP. Non-direct competitors include HubSpot (B2B marketing and lead management, but focused on SMB and mid-sized companies), Pegasystems, bpm'online, and a few others.

Surprisingly (to me, at least), Microsoft has mostly been a no-show in this segment; Its acquisition of MarketingPilot did little to strengthen its offerings, and while Microsoft Dynamics 365 is a strong CRM product, it lacks native marketing automation capability that can compete with the leaders, though it does provide it B2C via the Adobe partnership.

The B2B marketing segment has been incredibly hot over the past five to seven years, building in part on the investments in CRM and specifically SFA that companies have made. After investing millions in CRM/SFA platforms, and fueling a multi-billion-dollar CRM market, companies are now looking to maximize their investments by feeding the sales machine.

Users. Marketo is a solid product and arguably one of the top three marketing products on the market today (I deliberately left out the "SaaS" designation, because any/all of the interesting marketing products today are SaaS -- that is now a given). While Marketo is a good/great product company, I have heard consistently from user organizations that Marketo was not as strong a "customer company" as some of its competitors, notably Salesforce and Adobe, which consistently score very highly in this area. I believe the Adobe acquisition will change this.

Adobe. Adobe has (finally) grown its product breadth to include digital commerce (note its recent acquisition of Magento) and B2B marketing. While its Adobe Campaign product (based on Neolane, which it acquired about five years ago) claimed to support B2B marketing, it was mostly a B2C marketing product and Adobe shied away from B2B deals. Adobe sales teams and partners now have a highly competitive B2B marketing/lead management product to compete with offerings from Salesforce, Oracle, and similar CRM vendors.

Salesforce. Salesforce now has a direct competitive threat from Adobe. Prior to the acquisition of Marketo (and of Magento), Adobe and Salesforce previously competed mostly in the consumer marketing/B2C space, which thrives on high volume, consumer-facing tech like email marketing, digital ads, and content marketing. Note that Marketo has historically been very dependent on Salesforce, with a majority (I believe north of 75 percent) of its customers using Sales Cloud. Note also that, because Marketo sells into Salesforce customers, the Salesforce Pardot product is a competitor in almost every Marketo deal.

Oracle: Oracle's Eloqua product is a direct competitor to Marketo and has both the marketing technology and the corporate presence of Oracle to compete effectively with Adobe/Marketo. Oracle has invested heavily in the marketing segment, acquiring Eloqua, Responsys, BlueKai, and Datalogix (as well as ATG and Endeca for commerce and intelligence) and will continue to be a Top 3 competitor in the segment.

Microsoft: As noted, Microsoft's lack of presence in marketing is surprising, both because of the size and growth of the segment as well as because of its strong Dynamics 365 product. On the other hand, Adobe lacks SFA and customer contact/support technology in its product line; it will be interesting to see what happens with the Microsoft/Adobe partnership on the heels of this acquisition.

HubSpot: While HubSpot competes almost exclusively in the SMB and mid-sized business segments, tit has a product that works well for its target market and a very strong and enthusiastic partner network. HubSpot will likely benefit from the increased visibility on B2B marketing/lead management that the Marketo acquisition will generate.

Current Marketo customers can sit tight, secure in knowing that Adobe will continue to support, and over time extend, the Marketo product. Expect deeper integration with Microsoft Dynamics 365, as both Adobe and MSFT continue their alliance. (And watch for further development based on the recently announced Adobe/Microsoft/SAP Open Data Initiative announced about a week after the Marketo announcement). Marketo users can expect more sales calls from their Adobe rep, as Adobe looks to expand their account presence.

Microsoft Dynamics 365/CRM/CRM Online customers and partners may see the biggest change, and the biggest improvements in integration between MSFT and Marketo. Plan for current integrations between MSFT CRM and Marketo to continue (and likely adding better support for MSFT Azure along the way). Watch for additional integration between Marketo and Adobe Marketing Cloud products, track progress with ODI, and evaluate whether this is useful for your organization. Cross-vendor data models and the elimination of "customer data silos" has been talked about since the early days of CRM, but they have mostly benefited only a small number of user organizations. It's a great idea, but I recommend a "wait and see" position on ODI.

Watch for Adobe to become more active in the B2B market and to develop integration with Adobe Marketing Cloud and other marketing tools in their portfolio. Expect Salesforce to double down on Pardot by proposing it in every B2B Sales Cloud deal. Microsoft will likely stress its current integrations between Dynamics 365 and Adobe, and will put more resource and attention on integration between Marketing and Dynamics. We will continue to see consolidation in the B2B marketing segment over the coming year, but we will also see new investment as vendors and end user organizations look to maximize the value of their CRM and SFA platforms.

Thank you, sir! You will be seeing more from Chris here as time goes on. His knowledge is deep and his insights so worth it.

NOTE: Registrations for the CRM Watchlist 2019 and the Emergence Maturity Index 2019 are now closed. No exceptions. Thanks to all of those who submitted. For the rest of you: Well, maybe next time.

AudienceAI is a new Marketo program that uses Google's infrastructure and AI tools to help marketers expand their targeted audiences.

The deal is Adobe's largest ever and puts the company in more direct competition with Oracle and Salesforce.

As part of the deal, Marketo will integrate its Engagement Platform with Google's G Suite and data analytics.

Join Discussion for: Adobe buys Marketo: Who wins, who to watch