Adobe has released on Tuesday the last update ever for its iconic Flash Player app, which the company plans to retire at the end of the year. 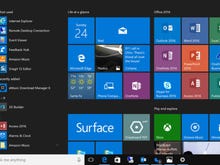 "In the latest Flash Player update released yesterday, we updated our uninstall prompt language and functionality to encourage people to uninstall Flash Player before the end of life and to help make users aware that beginning January 12, 2021, Adobe will block Flash content from running," an Adobe spokesperson told ZDNet.

The update follows through with changes Adobe announced earlier this year in June.

At the time, Adobe said it planned to show prompts to all Flash users by the end of the year with a notification that the software will soon reach its planned end-of-life [EOL].

The new update also brings an actual date to Flash's actual demise in the form of January 12, 2021 — the date after which any type of Flash content won't run inside the Flash app.

Adobe told ZDNet that the killswitch code was added months before in previous releases and that this last Flash update only modifies the language used in the prompt that will ask users to uninstall the app.

End of the road

The Flash EOL was first announced in July 2017 when Adobe, Apple, Google, Microsoft, Mozilla, and Facebook agreed to phase out Flash-based content and technologies from their products.

At the time of writing, all major browsers have already disabled Flash in their products and are set to remove the actual Flash plugin from their codebases throughout December 2020 and January 2021.

Facebook has already pushed most of its hosted games from Flash to HTML5 and JavaScript-based technologies years before.

While once an unthinkable thought, currently, the Flash EOL is expected to have minimum impact on the web ecosystem, where, according to web technology survey site W3Techs, only 2.3% of today's websites utilize Flash code, a number that has plummeted from a 28.5% market share it had at the start of 2011.

Besides deprecating Flash in its browsers, Microsoft has also released an optional Windows update last month that, which, once applied, will remove all traces of Flash Player at the entire OS level.

Adobe thanks Flash users and developers

Despite being marred by criticism for all of its security bugs, Flash Player played a crucial role in the history of the entire internet, helping usher in and popularize interactive content like web animations, multimedia players, and streaming technologies, all of which were first supported by Flash before being ported to CSS, JavaScript, and HTML5.

With Flash's last update rolling out this week, Adobe also took the time to thank all Flash users and web developers for installing the app and using it for their work. The message is below, as seen in the last Flash Player changelog entry.

"We want to take a moment to thank all of our customers and developers who have used and created amazing Flash Player content over the last two decades. We are proud that Flash had a crucial role in evolving web content across animation, interactivity, audio, and video. We are excited to help lead the next era of digital experiences."

Join Discussion for: Adobe to block Flash content from running...