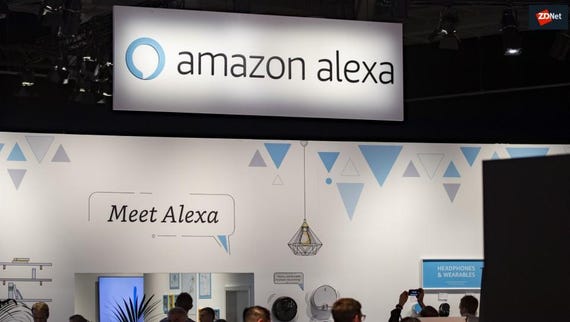 Hackers can abuse Amazon Alexa and Google Home smart assistants to eavesdrop on user conversations without users' knowledge, or trick users into handing over sensitive information.

Both Amazon and Google have deployed countermeasures every time, yet newer ways to exploit smart assistants have continued to surface.

The latest ones were disclosed today, after being identified earlier this year by Luise Frerichs and Fabian Bräunlein, two security researchers at Security Research Labs (SRLabs), who shared their findings with ZDNet last week.

Both the phishing and eavesdropping vectors are exploitable via the backend that Amazon and Google provide to developers of Alexa or Google Home custom apps.

These backends provide access to functions that developers can use to customize the commands to which a smart assistant responds, and the way the assistant replies.

The SRLabs team discovered that by adding the "�. " (U+D801, dot, space) character sequence to various locations inside the backend of a normal Alexa/Google Home app, they could induce long periods of silence during which the assistant remains active.

The two demos embedded below show how an attacker could carry out a phishing attack on both devices.

For example, in the videos below, a horoscope app triggers an error, but then remains active, and eventually asks the user for their Amazon/Google password while faking an update message from Amazon/Google itself.

Notice in the first video how Alexa's blue status light remains active and never shuts off, a clear indicator that the previous app is still active and busy interpreting a long seriesof "�. " character sequences.

The "�. " can also be used in a similar fashion for eavesdropping attacks. However, this time, the character sequence is used after the malicious app has responded to a user's command.

The character sequence is used to keep the device active and record a user's conversation, which is recorded in logs, and sent to an attacker's server for processing.

Both of these attacks exploit the fact that while Amazon and Google verify and vet Alexa and Google Home apps when they are submitted, they do not do the same for subsequent app updates.

In an email to ZDNet, the SRLabs team said they reported the issue to both vendors earlier this year, yet the companies have failed to address the issue.

"Finding and banning unexpected behavior such as long pauses should be relatively straight-forward," the SRLabs team told ZDNet. "We are surprised that this hasn't happened since reporting the vulnerabilities several months ago."

Both Amazon and Google told ZDNet via email that they've took corrective actions following SRLab's report earlier this year, although they did not provide this information before this article's publication.

"All Actions on Google are required to follow our developer policies, and we prohibit and remove any Action that violates these policies. We have review processes to detect the type of behavior described in this report, and we removed the Actions that we found from these researchers. We are putting additional mechanisms in place to prevent these issues from occurring in the future."

Google also wanted Home assistant owners to know that their device will never ask them for the account password, and that Google staff are currently reviewing actions from all third-party apps.

Amazon said the same thing -- that its devices would never ask for a user's password -- and that they "put mitigations in place to prevent and detect this type of skill behavior and reject or take them down when identified."

We'll see in the future if this works. Some researchers have already reached out to ZDNet after this article's publication with new methods to add malicious actions to both devices.

Join Discussion for: Alexa and Google Home devices leveraged to...