Alexa for rent: Why Amazon needs to stop selling us new Echos

If I upgrade these devices, I am paying to help Amazon strengthen its infrastructure. What's in it for me?
Written by Jason Perlow, Senior Contributing Writer on Sept. 28, 2020 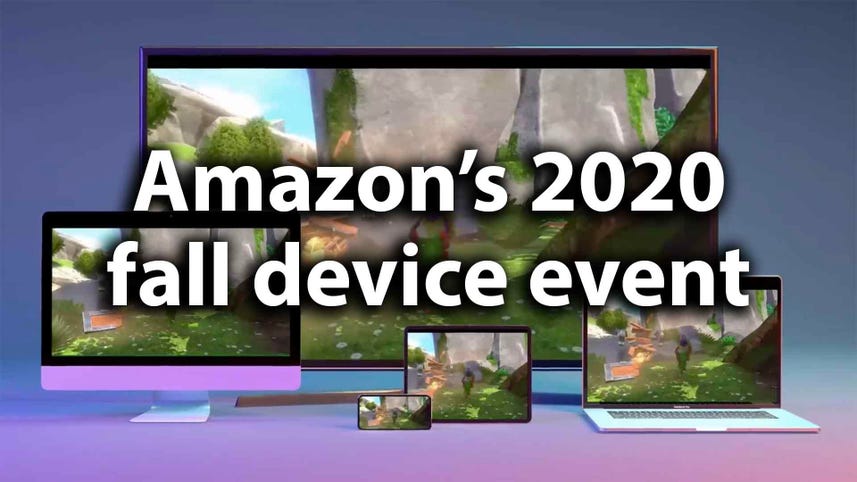 However, many of the innovations demonstrated running on the freshly announced Echo devices were not product enhancements that required hardware upgrades. Because many of the new Alexa features and functionality are being rolled out to Amazon's cloud service, many of the Alexa devices already in your homes will be getting a more natural voice and the conversation mode -- assuming you don't need that new AZ1 neural edge processing chip in order to take advantage of those enhancements.

These enhancements are not unlike when Apple rolls out an improved iOS or WatchOS. The older versions of the iPhone/iPad/Watch get many of those innovations as well, not just the hardware that is launched with that OS version. None of these evil supercomputer-styled, spheroid Echos absolutely popped out at me and said, "Buy me now."

Indeed, I have experienced enough times when Alexa seemed sluggish due to its need to always communicate with AWS, so I can see how I might benefit from a bit from a dedicated machine learning chip like the AZ1. But it's not a must-have. I don't necessarily need a Zigbee bridge for the home automation stuff I currently own, as I use Lutron Caseta smart dimmers and Philips Hue bulbs, and they run on a different wireless standard. Those integrate with Alexa using regular IP networking and dedicated bridge devices. The Zigbee bridge built into the Series 4 Echos (and new Eero wireless access points) is for Alexa-compatible lighting and control devices that Amazon will use to expand its ecosystem with its partners.

But why should I upgrade my existing Echos to current generation hardware?

Amazon's Sidewalk Bluetooth Low Energy mesh network is potentially useful, provided we see tangible benefits from it in the future. Still, I am not sure I need to have it today; these are more for Amazon's help in deploying its services, not immediately benefiting me. Yes, I get that they will allow Amazon devices in an entire neighborhood to communicate with each other, deploy updates and patches and stuff like that, and make things more location-aware, but other than to facilitate Amazon, why do I need it?

Yes, the AZ1 chip will make my queries and response time potentially faster. Still, this exists to improve Amazon's network response time and potentially reduce processing overhead within their cloud data centers. If I upgrade these devices, I am paying to help Amazon strengthen their infrastructure. What's in it for me?

This much is clear: Amazon will put the Zigbee bridge and Sidewalk in everything, from the Echo itself to the Eero, and whatever else the company feels it needs to shove it into. If Amazon expects me to upgrade my Generation 1 Echos and my Generation 1 Echo Dots to build out their network, it needs to be more compelling with the trade-ins.

Let's face it; the Echo is now a mature product. Almost everyone who is an Amazon Prime customer has one. These things need to start doing some unique and new things before we start thinking about upgrading them, considering that they work perfectly as-is.

Here's what I'd like to know: Do the Alexa enhancements recently demonstrated -- such as Conversation Mode, the improved natural-sounding voice, improved sound detection routines, Care Hub, and the Alexa Guard Plus service -- actually require a Generation 4 Echo with the AZ1 chip? Or will all the old Echos -- going back as far as the first Generation 1 (the "Can") device  -- have those capabilities too? What are the tangible benefits of Sidewalk for the average person?

So why own Echo hardware at all?

Echos are devices with rather long lifetimes, particularly compared to the average smartphone. These are ultimately just clients to the cloud-based infrastructure on AWS where most of the processing is occurring, and the speaker technology itself has not changed much at all. If Amazon updates the hardware every year, it needs to make it compelling for customers to replace them over shorter periods.

Suppose the upgrade's purpose is to help Amazon build out its infrastructure (with coverage from things like Sidewalk and improved overall network response time). In that case, we need to consider whether it makes sense for Echos to be devices we own or rent. (Think cable box or residential access gateway that your broadband providers supplies to you.)

I think rental is the way to go. Alexa devices should be on a managed upgrade program, not unlike what Apple has with its own Upgrade Program. Amazon should position this toward Prime members who are already paying $120 per year for the privilege.

It would not be unreasonable to charge $100 a year for two Gen 4 Echo devices, four Dots, or one Echo Show, with a guarantee of replacement with each generational update. Additionally, such a program should also consider disposal, recycling, and reclamation for end-of-life products, much in the same way Apple does for its customers. It's also an excellent way to maintain a stock of used equipment for Amazon Warehouse Deals for the folks that don't necessarily want the latest-generation hardware.

An Echo Prime Upgrade program makes sense because its prime customers are most likely to embrace new service features and enhancements. Given how much money Amazon already makes off most of these customers, who shop frequently enough to make Prime worthwhile, it makes sense to take a slight loss on the Echo hardware yearly.

Would you rent rather than own your Alexa hardware if the price was right? Talk Back and Let Me Know.

Every new Alexa device: Scenes from Amazon's event [in pictures]