IoT and connected devices: The best thing to happen to home automation, or a frustrating mess?

I love my new home automation system. But it didn't come without pain and frustration.
Written by Jason Perlow, Senior Contributing Writer on Sept. 23, 2020 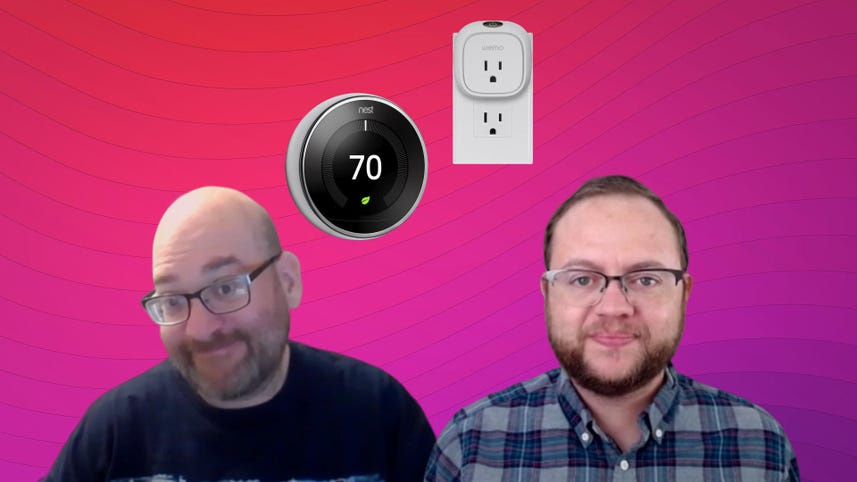 Have you considered integrating home automation components such as smart switches in your residence? Allow my experience to serve as a cautionary tale.

Earlier this year, I completed a multi-year dream project: My very own wet bar for entertaining. The project required demolition of the floor to accommodate new sanitary lines for hot and cold water, as well as new plumbing for a sink, a dishwasher, an icemaker, and an espresso machine. The project also required a lot of new electrical circuitry for integrated dimmable LED lighting.

While I was at it, I decided to make electrical upgrades to the rest of our home. In addition to updating fluorescent and incandescent lighting fixtures to LEDs, we would be installing. Lutron Caseta smart dimmer switches to replace out old-fashioned, manual switches.

A journey into home automation

My journey into home automation began about seven years ago when I became an early adopter of smart thermostats (Ecobee), smart plugs, and smart switches, using Linksys' Wemo system. I also bought a first-generation Amazon Echo with Alexa.

Since then, I have added more Amazon Echos, a Sonos Beam, and a second connected thermostat, Google's Nest, to control a mini-split in our bedroom. I've installed smart fans made by Haiku (Big Ass Fans) as well as a connected garage door opener (myQ) and even a connected pool/spa control system (Zodiac iAqualink). We've also experimented with Philips Hue bulbs, and have also installed an Amazon Ring cloud-connected security camera on our front door.

I see a lot of potential in smart home automation; I believe it can prove useful in various scenarios (especially for people with limited mobility). But during the process of adding this technology to my home, I came to appreciate the importance of making some strategic choices before embarking on any home automation project.

While connected devices -- such as switches and plugs -- from a single vendor will work fine with each other, interoperability between vendors can become problematic -- notably if the vendors do not employ a shared protocol standard or similar technology.

For example, Lutron's Caseta, which is sold at large home improvement chains such as Home Depot and Lowe's, uses a proprietary wireless communication that is similar -- but not identical -- to the competing Zigbee and Z-Wave standards that are employed by other home automation vendors such as GE, Jasco, and Philips Hue. Like those two separate standards, it requires a communications bridge issued by the vendor that connects to your physical ethernet network.

Another example: Belkin's Wemo uses Wi-Fi rather than a low-energy, long-range wireless protocol, so it doesn't require an integration bridge -- unless you use Apple's HomeKit. But it also means you need to worry about Wi-Fi reception and interference as the components utilize the older 2.4Ghz 802.11g standard, and you might have configuration issues with access points. I had to dedicate an access point to Wemo rather than them having to live on the same wireless network as my other 2.4Ghz legacy devices. There's also the issue of Wi-Fi security.

Yet another: Don't mix Philips Hue bulbs with fixture switches controlled by Caseta or a Wemo, because Hue lighting has the intelligence and connectivity built-in. Stick with dumb switches and leave them turned on.

If you mix vendors in your household, each one ends up getting siloed into its app unless you use a consolidation hub like Wink or SmartThings, or a voice assistant like Amazon Alexa.

Changes may be required

How have I dealt with interoperability challenges? I opted to standardize on Lutron Caseta for smart switches,and have started removing Wemo from the house. I don't have anything against Wemo per se -- in fact, I've started re-using the switches and plugs at my mother-in-law's condo, as it is a much smaller home and their system works very well. But I would rather have one vendor and one app to deal with this stuff on my own.

There's a problem: Although Lutron Caseta has a simple toggle smart switch for non-dimmable lighting, and it has a smart plug specifically for dimmable lamps, it doesn't have basic toggle smart plugs yet. It also doesn't have ecosystem partners that fill this void, so I still have to rely on Wemo for those.

There were other unexpected changes I  had to make: Because I standardized on Caseta, whose main component is a smart dimmer switch for lights and ceiling fans, I've had to swap out certain lighting fixtures (such as my outdoor patio light and my pool deck floods). These formerly had integrated, non-dimmable LED lights, which I had to replace with simple fixtures so they could accommodate standard socket LED dimmable replacement bulbs.

Also, because my home was built in the early 1990s, to accommodate some of the smart dimmers, I had to remove 3-way and also 4-way switches. That means opening up the switch boxes, pulling the switch hardware out, joining and capping the traveler wires, and replacing the faceplates with wireless Caseta Pico remotes. This retrofit is not hard to do with a 3-way switch, as only one of the switches needs to be made into a Caseta, and the other two require new remotes and faceplates. But if you have a 4-way switch, you might want to hire an electrician since the wiring can be very complicated to diagnose. I learned this the hard way.

Home automation can get complicated and frustrating

As an integration point, it turns out that Amazon's, Google's and Apple's smartphone apps for Android and iOS for their respective intelligent assistants may be the easiest way to get a single view of your home automation environment. But this approach has its challenges because each assistant requires cloud services to communicate with your smart devices.

For example, for Alexa to talk to Lutron Caseta, the Echo device or the Alexa smartphone app makes a web API call to the Alexa service residing at a cloud datacenter at Amazon Web Services, before sending a request over your network to the Caseta Bridge that connects to your lights to turn them on or off. Additionally, a cloud-based "Skill" has to be enabled at Alexa to make that initial connectivity work. Google's Nest and Google Home requires Google services to integrate with various smart home apps to perform similar functionality.

Arguably, Apple's HomeKit is not as robust an ecosystem or as mature as Amazon's Alexa or Google's Assistant.

When everything is all connected, it works beautifully. But If any of these smart assistants or companies decide to change the way their protocols or APIs work -- such as Google recently did by sunsetting their Works With Nest ecosystem for their own Google Assistant APIs -- this hard-earned connectivity and integration may stop working or break until the partner vendor updates their app. I have already seen this happen with Lutron's Caseta and Haiku's apps, which no longer work with Nest.

I have also come to accept the fact that Google is probably never going to be a well-behaved IoT citizen and have banished the Nest stuff just to a single AC unit in my bedroom -- our central AC is now an Ecobee.

Finally, there is also the risk that whatever investment you have made in smart devices may end up being an expensive experiment down the road. While I am confident that companies like Lutron, Philips, and GE are in this for the long haul, I am not sure that some of the smaller players are going to be here in five, let alone ten years and will support their legacy products going forward.

Have you integrated home automation components such as smart switches in your residence? Talk Back and Let Me Know.

Smart Home
The 6 best smart blinds and shades of 2022