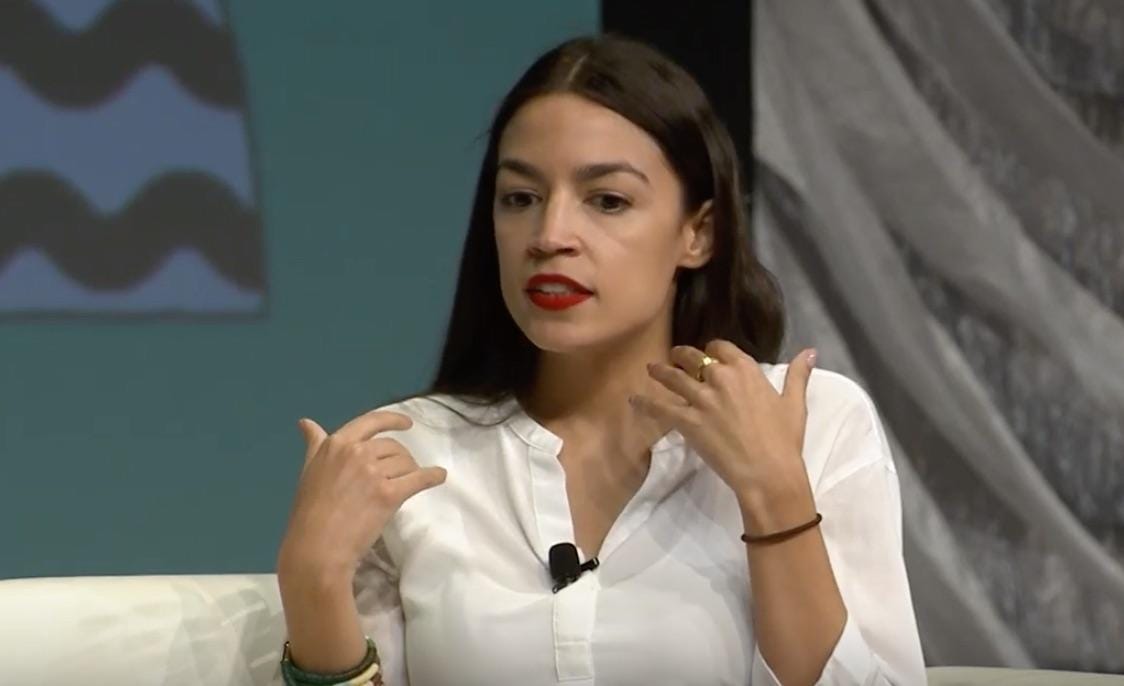 Bill Gates: 'Robots that take jobs should be taxed just like the people they replace'

Microsoft co-founder Bill Gates thinks governments should impose something akin to an income tax on each robot that replaces a human.

I was at dinner on Friday night, when my 68-year-old host asked me to show him how to get on Twitter.

"I only want to follow one person," he said. Naturally, I was flattered. Until he said: "AOC."

The Democratic congresswoman from New York has incited feelings -- mostly extreme on many sides -- since arriving in Congress and blooming on Twitter.

At the weekend, she was interviewed at SXSW and offered many typically bracing views. Some of the more fascinating were on the subject of robots (around the 55-minute mark of the video, below).

Asked by a member of the audience -- a tech entrepreneur, of course -- how she felt about robots taking human jobs, she replied: "It's not just about automating people out of work. It's about automating every system that we have right now."

Also: Truly, the robots are taking our jobs

"What it also means is automating injustice. So when we talk about the trend of economic inequality, it's only going to accelerate with the advancement of technology if we don't fix our underlying systems," she said.

The majority of people, she feels, don't experience the positive effects of our national prosperity. Which is a pity because we should be excited about the coming of robots.

"We should not feel nervous about the toll booth collector not having to collect tolls anymore," she said. "We should be excited by that. But the reason we're not excited by it is because we live in a society where, if you don't have a job, you are left to die."

Society, she said, needs to find a solution for that. She mentioned Bill Gates's idea about taxing robots at 90 percent -- really, a tax on corporations.

For Ocasio-Cortez, if we could solve our systemic issues, we should be excited about robots.

Also: 11 jobs teens are about to lose to robots

She mused: "What it could potentially mean is more time educating ourselves, more time creating art, more time investing and investigating in the sciences, more time focused on invention, more time going to space, more time enjoying the world that we live in. Because not all creativity needs to be bonded by wage."

I fear some might find this disturbingly idealistic. So many have come to accept the grim realities of the American version of capitalism -- one in which failing health is the prime cause of bankruptcy -- that they can't conceive of anything other than dogs eating dogs.

Ultimately, as many are beginning to notice, technology has developed at far too great a speed for our own good. (I've noticed other politicians suddenly rising to this thought, especially when they consider Facebook and Google.)

"Our technological advancement as a society has outpaced our system for handling finite resources," said Ocasio-Cortez.

We've never had it so good -- as a nation -- yet we're working so much harder.

"We should be working the least amount we've ever worked," explained Ocasio-Cortez. "If we were actually paid based on how much wealth we were producing."

Sadly, she said, we're not. "We're paid on how little we're desperate enough to accept." Could it have been the great technological sharing economy she was referencing?

Technology has surely contributed greatly to enhancing our inequalities. Many tech companies employ far fewer people relative to their revenues than used to be the case with corporations.

Meanwhile we go online, we buy things astonishingly cheaply, and we rarely wonder about all those workers in Amazon's warehouses, desperate to go to the toilet.

Still, I can think of at least one banker friend of mine who'd heartily disagree. For him, humans are overpaid for the amount of wealth each produces. And he's one of the nice bankers.

At least Ocasio-Cortez is raising important questions and not offering robots-are-bad knee-jerkism.

Wouldn't it be lovely if we could slow -- or even pause -- technological development for just a little while, in order to decide how it might benefit a few more people?

It might make us happier. Why, the latest World Happiness Report rather reflects Ocasio-Cortez's views.

It offers this view of the US: "Income per capita has more than doubled since 1972, while happiness (or subjective well-being) has remained roughly unchanged or has even declined."

Join Discussion for: Alexandria Ocasio-Cortez: The problem's not...