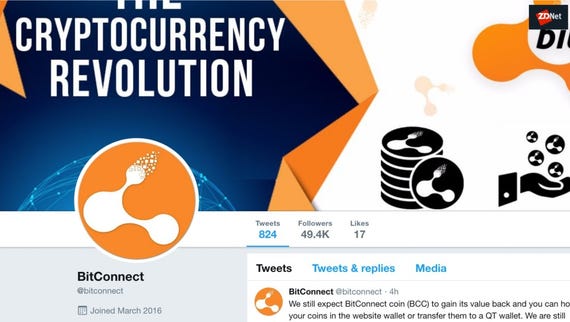 If it sounds too good to be true, it probably is -- and certainly appears to have been the case when it comes to BitConnect, a folded cryptocurrency project that has been accused of scamming millions out of investors.

BitConnect, touted as a "self-regulating financial system" which is part of the "cryptocurrency revolution," used many buzzwords and the hype of celebrities to lure investors to participate, and also offered an incredibly high interest rate of at least one percent per day, leading many to believe it was a scam.

Investors would "lend" funds in Bitcoin (BTC) to various projects and these funds were converted to the platform's coin, BCC.

Divyesh Darji, the Indian head of BitConnect and believed to be a core promoter of the scheme, has reportedly been arrested by the Gujarat Criminal Investigation Department (CID) after arriving in Dubai on his way from Ahmedabad.

According to local publication the Financial Express, law enforcement believes that the promoters of BitConnect gained Rs 1.14 crore, roughly $14.5 million, from "thousands of investors" before the exchange closed its doors.

In 2016, 90 percent of the country's financial transactions were made in cash and the change was apparently made in order (.PDF) to crack down on corruption, counterfeiters and so-called "black money," otherwise known as undeclared income.

The unexpected changes caused economic chaos. From farmers struggling to keep their businesses afloat to banks attempting to cope with floods of customers, India's upheaval was severe -- and while the country has pulled through, at the time, the option of a digital currency outside of the government's grasp may have been extremely enticing.

However, the dream of controlling currency outside of the government's demonetization efforts and earning interest by the day did not last.

In January, BitConnect closed its exchange platform, with all loans offered on the platform released -- but all were converted to BCC rather than reverted to investors' original Bitcoin.

The price of BCC at the time was $363.62. However, now the system has closed and the founders are silent, the coin is worth $0.67, rendering the virtual asset effectively useless and leaving investors severely out of pocket.

"The company was registered in the UK and had an office in Surat," said DGP Ashish Bhatia of CID crime. "They launched their own 'Bitconnect coins' soon after demonetization. They promoted the company on social media and by holding gala functions in cities across the world. They lured investors with 60 percent monthly interest and incentives in the form of 'referral interest."

The only exchange which still permits the trade of BCC is Trade Satoshi, which intends to delist the coin in September.