Full Bio
Posted in Between the Lines on September 17, 2018 | Topic: Amazon 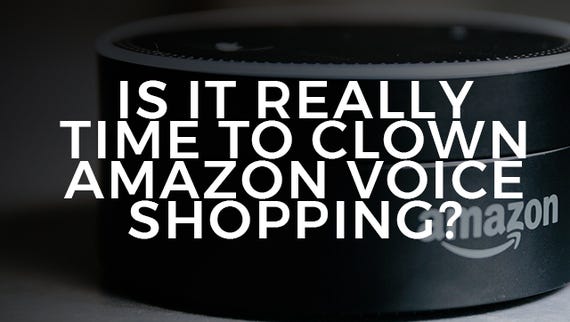 Amazon is investigating reports that employees have been conducting an insider trading scheme in which they are providing sensitive data on customers in exchange for bribes.

On Sunday, the Wall Street Journal reported that with the help of intermediaries and third parties, Amazon employees are not only allegedly offering confidential sales and customer data, but also a way to remove negative reviews from products and restore banned accounts.

Sources close to the matter said that the practice is particularly virulent in China due to high levels of sales growth and generally low salaries.

Traders in the United States are also reportedly being investigated.

Granting sellers access to information relating to the customers of one of the largest e-commerce platforms worldwide would potentially allow independent traders and smaller businesses to gain a competitive edge over their rivals.

See also: What would Amazon do with Landmark Theatres? Here are 5 ideas

In addition, should product ratings be tampered with, this can raise traders' search rankings and give them an advantage.

However, the practice -- which is a direct violation of Amazon policies -- can also be used to hoodwink customers that are only shown positive reviews.

These reviews may not be legitimate and without honest feedback, Amazon users may end up purchasing products which do not meet expectations or match seller descriptions.

The publication reports that the scheme not only includes the sale of internal data and sales metrics but also reviewer contact details, who may then be contacted to change their reviews in return for free or heavily-discounted items.

The WSJ says that brokers attempt to find Amazon employees through the Chinese WeChat messaging service. The 'bribes' required to secure these services range from approximately $80 to over $2,000.

An internal investigation is underway.

"We hold our employees to a high ethical standard and anyone in violation of our Code faces discipline, including termination and potential legal and criminal penalties," an Amazon spokesperson told ZDNet. "We have zero tolerance for abuse of our systems and if we find bad actors who have engaged in this behavior, we will take swift action against them, including terminating their selling accounts, deleting reviews, withholding funds, and taking legal action."

It is estimated that Amazon caters to roughly 310 million customers worldwide and sells over 12 million products through the platform.

The prospect of insider trading on confidential data is a serious one that needs to be tackled quickly by Amazon in order to stem any potential damage to the firm's reputation. However, it is unlikely the company will suffer too much financially due to the alleged malpractice of staff.

Earlier this month, Amazon briefly became the second US company to reach a business value of one trillion dollars. The firm's stock valuation has roughly doubled in the past year.

The best back to school laptops in 2018 SEE FULL GALLERY