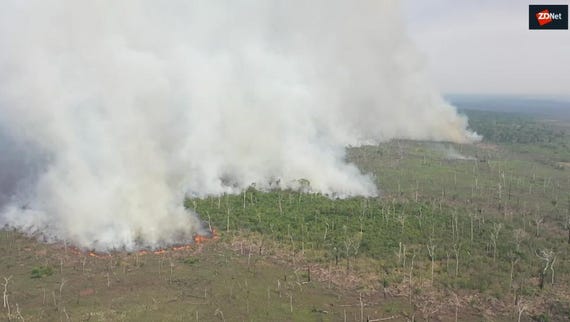 Amazon on Tuesday announced it has set up a $2 billion fund dedicated to investing in technologies that help companies reduce their carbon footprint.

The fund, named after Amazon's Climate Pledge, will invest in companies that are building products and services to help reduce carbon impacts and make it easier for companies to transition to being net-zero in carbon output.

"Companies from around the world of all sizes and stages will be considered, from pre-product startups to well-established enterprises. Each prospective investment will be judged on its potential to accelerate the path to zero carbon and help protect the planet for future generations." said Jeff Bezos, Amazon founder and CEO.

The Climate Pledge Fund will invest in companies across multiple industries, such as transportation and logistics, energy generation, storage and utilisation, manufacturing and materials, circular economy, and food and agriculture.

Amazon's Climate Pledge, made in September last year, is a commitment to reach 100% renewable energy by 2030 and to be net-zero carbon across its business by 2040.

Verizon, Reckitt Benckiser, and Infosys are also signatories of the pledge. Amazon said it would look to involve these signatories in the new fund sometime in the future.

The fund is the latest sustainability initiative from Amazon after it received backlash for its heavy environmental footprint. In January, Amazon Employees for Climate Justice, an activist group comprised of Amazon employees, slammed the company for its connections to the oil and gas industries.

Prior to that, the group also gained over 8,700 signatures from Amazon employees for a petition demanding that Amazon's board implement a better climate plan.

Since the backlash, Amazon has announced clean energy arrangements for its Amazon Web Services data centres in the US and UK with the aim of achieving carbon neutrality by 2024. It has also invested $440 million in the electric vehicle startup Rivian and committed $100 million into another fund, called the Right Now Climate Fund, to support reforestation projects around the world.

Jeff Bezos has also pledged $10 billion to start the Bezos Earth Fund to fight climate change. The Amazon CEO previously said on Instagram that the initiative would, in June, start funding scientists, activists, and non-government organisations that offer "a real possibility to help preserve and protect the natural world".

According to the United States Environmental Protection Agency, this amount of carbon emissions equates to greenhouse gas emissions from 17.4 million tons of landfill waste or 127 billion miles driven by an average passenger vehicle.

The e-tailer reiterated its commitment to fighting climate change with renewable energy initiatives to launch worldwide.

Amazon reveals new renewable energy projects in the US, UK

The company has pledged to become carbon neutral by 2040.

The new investments and promises come a day before employees from Google, Amazon, and other tech companies stage a walkout to protest the industry's role in the climate crisis.

Tim Bray, an influential software engineer who worked at Sun Microsystems and Google, has quit over fired workers.

The Internet of Wild Things: Technology and the battle against biodiversity loss and climate change (TechRepublic)

The potential to install a regime of benign surveillance over the natural world is immense, ranging from earth-observation satellites to smartphones listening out for chain saws in the forest.

Join Discussion for: Amazon to launch $2 billion fund to invest...