Amazon employees are still working from home, but the company is anticipating a return to the office.
Written by Daphne Leprince-Ringuet, Contributor on Aug. 19, 2020 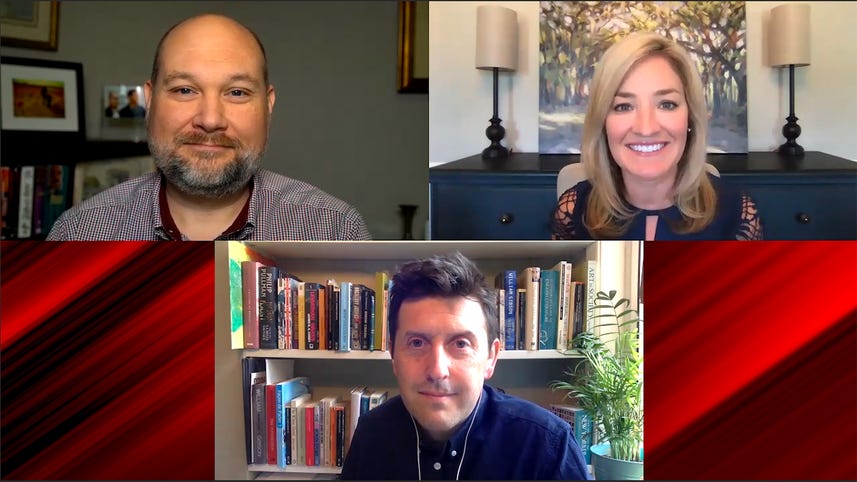 Amazon is betting big on an eventual return to the office. In the midst of the global work-from-home experiment caused by the COVID-19 pandemic, the company has announced a whopping $1.4bn investment in 905,000 square feet of new office space in the US.

Six 'tech hubs' – in Dallas, Detroit, Denver, New York City, Phoenix and San Diego – will benefit from the e-tailer's office expansions. As part of the move, Amazon is also creating an extra 3,500 tech and corporate positions, on top of the 20,000 vacancies that the company is already looking to fill in the US.

A variety of roles are now on Amazon's radar. According to the company, new recruits will include cloud infrastructure architects, software engineers, data scientists, products managers, and user experience designers.

Beth Galetti, senior vice president of human resources at Amazon, said: "These 3,500 new jobs will be in cities across the country with strong and diverse talent pools. We look forward to helping these communities grow their emerging tech workforce."

In New York City, for instance, Amazon will be opening a 630,000 square foot office in the heart of Manhattan, which it acquired from WeWork. The move comes a year after the company had to bail on plans to build a campus in Long Island City in Queens because of opposition by local communities to the project.

Amazon's hires in the past few months have focused mostly on warehouse workers, with 100,000 new roles created in fulfillment centers at the start of the pandemic to cope with growing demand. However, the new positions will support various tech and corporate businesses across the company, ranging from AWS to Alexa, through Amazon Fresh and Amazon Advertising.

The tech giant's latest earnings report crushed all expectations, with net income of $5.2bn, up 40% from a year ago. AWS generated the most operating income, and the company's shares boomed due to e-commerce demand generated by the pandemic.

It is less clear why the tech giant is pouring money into physical office space to accommodate a near-future workforce. Amazon has been keeping all corporate employees who can work remotely at home since April, and recently extended the timeframe for those who are telecommuting to early 2021.

Even mechanical engineers and technicians have found ways to build the company's most complex robots from their living rooms and garages.

The trend is not limited to Amazon: Twitter's Jack Dorsey recently announced that staff will have the option to stick with remote-working practices even after offices are allowed to fully reopen, while Google has reportedly extended WFH orders until summer 2021.

Facebook's Mark Zuckerberg is allowing permanent remote working, and expects half of the social-media platform's workforce to be telecommuting within the next decade.

SEE: Microsoft told employees to work from home. One consequence was brutal

But despite big tech's adoption of flexible working, it is not yet time to sound the death knell for the physical office. Amazon's $1.4bn investment in office space is no exception: earlier this month, Facebook also agreed to lease 730,000 square feet in Manhattan to create new workspace.

It might be that employers will instead be providing hybrid work formats, with dedicated office space for meetings and collaboration, to complement telecommuting.

In the UK, in fact, only 17% of employees want to switch to a fully remote model, with the vast majority of workers favoring a flexible approach in which staff could work from home some of the time.