AMD has another monster 64-core Rome chip, but the big business is in smaller machines

AMD on Wednesday unveiled yet another monster 64-core part, but it's in the smaller-scale machines that it hopes to sell in high volume and take share from Intel.
Written by Tiernan Ray, Contributing Writer on Sept. 18, 2019 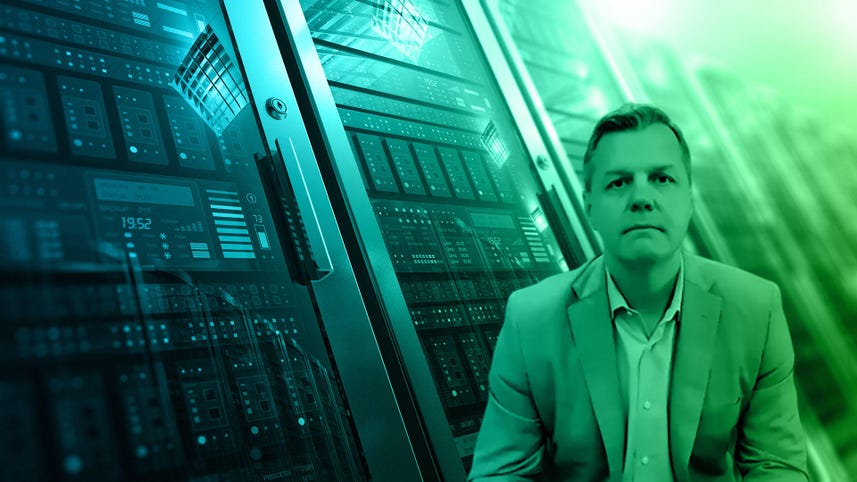 AMD chief executive Lisa Su is fond of remarking in interviews that the company is going after the "high-performance" server market with its x86-compatible CPUs and its graphics processing units, but there is an important caveat: The volume of business for AMD will be found in the smaller instances of such computers.

Even as AMD Wednesday morning announced a new variant of its "Epyc" processor, dubbed Epyc 7H12, with 64 cores of compute, it is important to keep in mind that the volume of AMD's chip business in competition with Intel will come from sales of smaller installations of just 8 or 16 cores.

"Sixty-four-core is the hottest right now by far," said Scott Aylor, corporate vice president of AMD's data center business, in a chat with ZDNet. AMD has made hay of numerous supercomputer wins this year, including one called Frontier, being developed for the US Department of Energy, for delivery in 2021.

"Frontier is the biggest anchor point," says Aylor, in the current craze for bigger and bigger computers.

But while 64-core powerhouses, and the supercomputers they enable, establish a high bar for pure performance, but it's the smaller machines where AMD will make big market share strides. "In terms of pure units, that is, yes, where the unit volume is," says Aylor.

AMD's Su has set a goal for AMD to have double-digit server CPU share by sometime around the middle of 2020, up from "mid-single-digit" thus far.

"We have a very strong story in eight and sixteen cores," Aylor adds. Aylor was in New York last week for a conference called "HPC & AI on Wall Street," as ZDNet previously wrote.

During a break in the proceedings, Aylor talked repeatedly about how traders on Wall Street don't necessarily need the highest core count in their chips. They need "the lowest latency and the highest cache count," said Aylor. As a result, "We put a specific emphasis around strengthening our eight to 24 this time around," said Aylor.

The people buying eight- and 24-core machines, noted Aylor, "have a performance incentive for trading," for which latency is the biggest single factor in terms of performance. "Or, it's, I'm paying an exorbitant amount for [software] licenses, and I've got to get as much out of it as possible," he said, meaning, a multi-core server software license, such as a database program.

The market is also, unlike giant government supercomputing projects, price-sensitive. Hence, AMD's repeated message about how its parts are not only competitive in performance but cost a fraction of the price of comparable Intel CPUs.

The current batch of Epyc parts is the second generation of the server CPU, known as Rome, which was formally unveiled during an event in San Francisco in early August.

On Wednesday, during an event with multiple partners in the city of Rome, Italy, AMD mentioned a new version of Rome, called the "7H12." AMD already had more than one 64-core part, the "7742" and "7702," but the 7H12 runs hotter and has a higher base clock speed. (Anandtech's Ian Cutress has a nice rundown of how the parts stack up.) The hotter part requires a special form of liquid cooling that is being built into systems by AMD's partner Atos.

(The entire event feed from Wednesday can be seen on YouTube.)

How to find out if you are involved in a data breach (and what to do next)
Fighting bias in AI starts with the data
Fair forecast? How 180 meteorologists are delivering 'good enough' weather data
Cancer therapies depend on dizzying amounts of data. Here's how it's sorted in the cloud
Editorial standards
Show Comments
Log In to Comment Community Guidelines