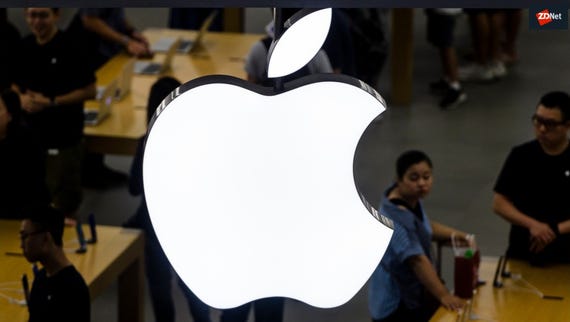 Apple has confirmed the acquisition of Akonia Holographics, in a move which has prompted discussion of the firm's potential plans to launch its own augmented reality headset.

On Wednesday, the iPad and iPhone maker confirmed the buyout, although in Apple's typical fashion, remained quiet when it came to additional details.

"Apple buys smaller companies from time to time, and we generally don't discuss our purpose or plans," Apple said in a statement.

5 top use cases for AR/VR in business, and how you can get started (TechRepublic)

Financial details of the acquisition have not been disclosed.

Founded in 2012 by holography scientists, Colorado-based Akonia calls itself the "world leader in systems and materials for holography."

The company has developed a form of technology called the HoloMirror which overlays a level of augmented reality (AR) on to physical environments. Akonia claims that HoloMirror's display performance "exceeds that of any other commercial technology," and says that the solution is suitable for low-cost consumer AR headsets.

See also: Banking on iPhone X: Apple's new phones are the razors, services are the blades

Akonia also holds a portfolio containing media manufacturing and prototyping equipment, alongside over 200 patents relating to holographic systems and materials.

Augmented reality, virtual reality (VR), and mixed reality have come far since the days that Google Glass made a failed bid for adoption in the consumer space.

While Glass did not take off -- instead, finding a place in enterprise applications -- exceedingly popular mobile applications such as Pokemon Go, which used mixed reality, have shown there is still interest in the consumer space.

The Oculus Go, Samsung Gear VR, and HTC Vive, among other VR headsets, have also proven the case for consumer-based AE & VR applications.

TechRepublic: How to use Terminal to password protect the firmware on Apple devices

Reports surfaced in April that suggested Apple is currently working on a cordless headset for VR that spots two 8K displays and may be available by 2020.

Codenamed under T288, the rumored headset is being built by a team of Apple engineers who are also developing a custom OS, "reality operating system" (rOS), to power the device.

Apple's rumored device will potentially be powered by a five-nanometer processor and would be used as a reference design for future Mac systems.

Apple's acquisition of Akonia is of little surprise considering the growth of the market. According to CCS Insight, the worldwide market for VR and AR headsets will grow by 50 percent annually over the next five years, and in 2022, 121 million units are expected to be sold with a value of $9.9 billion.

Akonia has previously raised $11.6 million in a Series A funding round taking place in 2012.

ZDNet has reached out to Akonia and will update if we hear back.