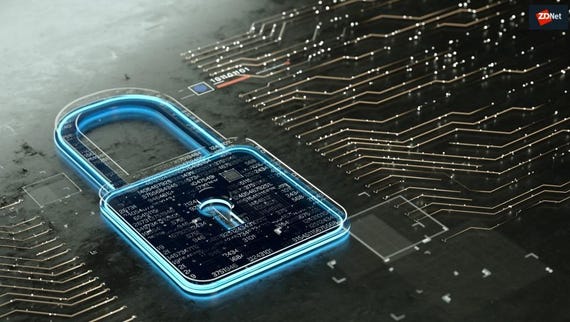 Listening to recent presentations from Apple and Google (and, indeed, Facebook and Microsoft), you'd be hard-pressed to tell which one sounds like a greater champion of privacy.

Following a run of Apple pro-privacy messaging that included Tim Cook presenting to EU leaders and a banner at CES that played upon the "What happens in Vegas stays in Vegas" tourism slogan by substituting "on your iPhone" for "in Vegas," Apple recently began taking its message directly to consumers with its first TV commercials extolling privacy advantages of the iPhone. Apple continued to reinforce its emphasis on privacy at the launch of its new media offerings. All these are subscription-based and include no advertising that would be enhanced by personal data collection or sharing usage habits.

Then, at Google IO this week, Google emphasized changes it's making to Android -- now the smartphone OS used by about a third of the global population -- and other products to enhance privacy and security. The changes could be chalked up as a response to greater regulatory scrutiny in wake of Facebook's many missteps in the past two years -- even if, as Google noted, it has a long history of developing features that enable more control over how your data is used.

For example, its development of "incognito mode" in YouTube and Maps -- addressing location, one of the most sensitive areas of privacy -- extends a feature that it introduced in Chrome more than 10 years ago (but after Apple did so in Safari). And Android Q will be able to take advantage of security updates without restarting. Curiously, though, the company downplayed an opportunity to play up the privacy advantages of shifting its voice recognition engine from the cloud to the phone, focusing instead on improved speed and usability

Also: Google I/O 2019: Pixel 3A, Android Q and everything else Google announced today

The Google I/O developer conference has started with news on cheaper Pixel phones, a bigger Hub smart display, the next Android, and improvements to Assistant, Lens and AR.

In any case, Google honed its message to respond to Apple, noting that it wanted privacy "for everyone" and that privacy was not "a luxury good," clearly a reference to Apple's products versus its focus on the most affordable downmarket Android phones and Chromebooks (well, at least from licensees.) Google reinforced its message in its hardware introductions with a more affordable Pixel phone to join the array of capable mid-tier offerings from brands such as Motorola, Nokia, and OnePlus. It will be among the first to include the privacy-enhanced Android Q.

It also demonstrated how the camera in its Nest Home Hub Max, the successor to the now cheaper Nest, nee Google Home Hub, could be electrically disabled. The Hub Max uses facial recognition via its camera to personalize the experience for those who may be in front of it. Its camera controls, though, represent a compromise when compared to the original Home Hub, which dispensed with a camera altogether. Google's rationale: The smaller original was more likely to be used in a bedroom, while the latter is designed more for more public places in the home such as the living room, kitchen, and other pants-likely settings.

Google's approach on the Nest Hub Max is comparable to that of Facebook's Portal, which includes a physical camera cover. Google's new smart display answers Portal's signature feature, the ability to keep people in frame even as they move around a room. With the exception of relying on the flagging Duo for video calls, though, the Home Hub Max's ties into Google's ecosystem far outweigh the value that Portal can derive from Facebook, which, as I noted in my last column, lags far behind Google in providing "helpful," as Google describes them, services.

And that contrast between the no camera/controlled camera tradeoffs provides a good metaphor for the different approaches of Apple and Google when it comes to privacy, which each company vociferously champions on its own terms. Apple, which offers nothing like the Home Hub, takes the "no camera" approach (i.e.., the best way to prevent inappropriate use of data is to not collect it, even if that means sacrificing, or at least postponing, a level of digital attentiveness). In an Apple home, every room deserves the level of privacy one would demand in a bedroom. And the company continues to raise its bar in determining when data collection is merited at all.

Google, on the other hand, has historically sought to provide tools for users to control their data collection. What's changing is the effort the company is putting into exposing and expanding controls and limits. But while Apple is focused on launching new products and services that don't even require deciding no, Google is aggressively developing the most impressive and compelling next-generation AI-fueled consumer services to tempt you to say yes.

Join Discussion for: Apple and Google battle for the future of...