Apple became the first publicly traded American company to be worth $1 trillion when shares traded at $207.05. With new iPhones on the way, it could soon re-pass the milestone and stay there.
Written by Jack Schofield, Freelance blogger on Aug. 2, 2018 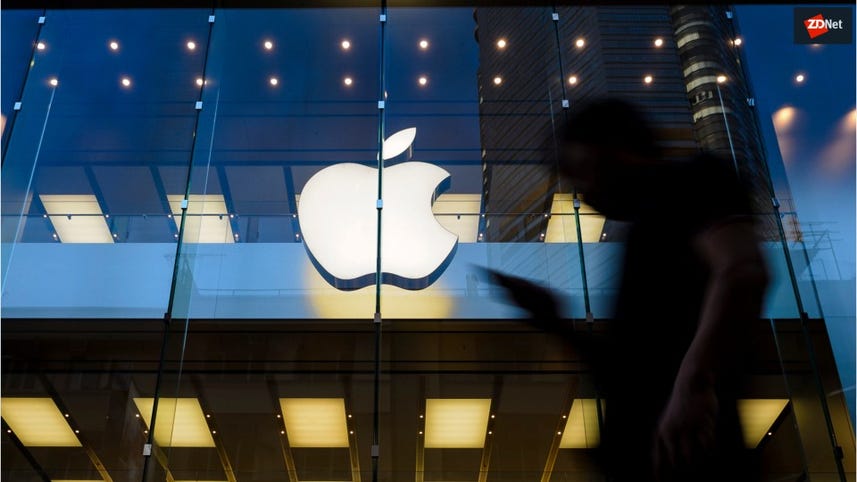 Apple became the first publicly traded American company to reach a trillion-dollar market capitalization on Aug. 2, when its share price surged following the announcement of record second-quarter financial results. However, the share price quickly fell back, leaving the company worth just $962 billion at the time of writing. It could be higher or lower than that now.

News media have been covering a so-called race between Apple and Amazon to reach the trillion-dollar mark, with Google's Alphabet and Microsoft trailing behind. However, Apple has always looked the most likely winner, as I noted in June: Apple is close to becoming the first US company worth $1 trillion. It's taken longer than I thought.

Some early reports that touted the trillion-dollar success were premature because they used an old number for the number of outstanding shares.

The number goes up when Apple buys its own shares to take them off the market. The company has bought roughly a quarter of its own shares since 2012. Buybacks make the remaining shares more valuable, so this is one way of returning profits to shareholders.

The trillion-dollar mark is, of course, arbitrary. There's no fundamental difference between Apple being worth $999 billion and $1.01 trillion. However, it's not a bad thing, and puts down a marker for just how far the company has come.

While Apple should do well in the near future, it is also true that share prices can go down as well as up. As MarketWatch has pointed out, PetroChina apparently breached the 13-figure mark more than a decade ago. Then, it melted down in one of the biggest stock slumps in history.

Apple, of course, has touched the trillion mark after a decade-long climb following the world-changing launch of the iPhone. And, as the latest results show, these iPhone sales play a large part in driving the share price. With new models due, the company could well pass the trillion dollar mark and stay there.

Apple products you should not buy (August 2018 edition)

Let's face it: Windows PCs are now just better -- and cooler -- than Macs

It's time to admit that PCs now beat Macs on both tech specs and price.

The Cupertino tech giant beat earnings and revenue expectations with its best June quarter ever.