Apple Card is a bright, shiny idea with some notable usability problems. And that's before you start thinking about trusting your finances to Goldman Sachs.
Written by David Gewirtz, Distinguished Lecturer on April 3, 2019 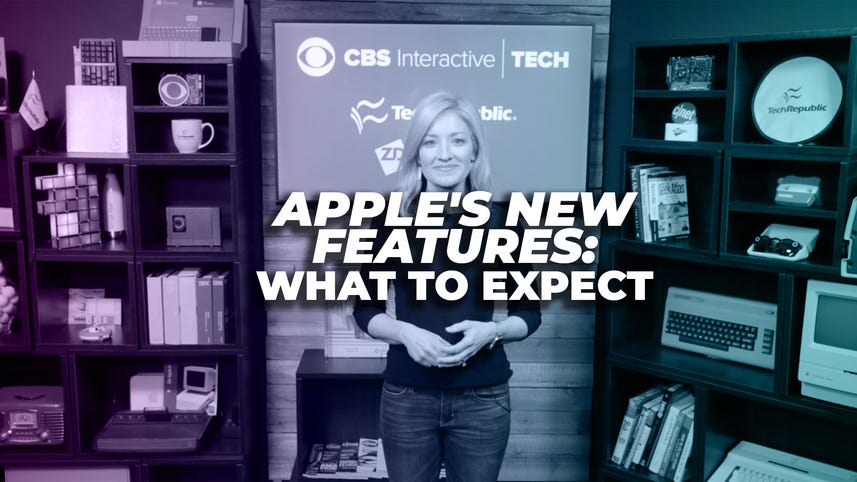 Probably the single most surprising thing to me about my Apple Watch is how useful I've found it. I bought it originally to act as a wrist-worn video monitor to make sure I'm in frame when filming how-to videos in the lab or workshop.

Although I've always been watch-averse, I decided I'd wear my Gen 2 Watch around when I left the house. My initial reason for doing so was for you folks; I wore it because I'm a tech columnist and it's my job to explore and report on how a product works.

Also: Apple Card, where's the reward? Why no one over 35 wants Apple to be their bank

Much to my surprise, I found that the Watch was more useful than expected. Although I originally couldn't imagine how lazy someone would have to be to buy a $350 watch to ease the viewing of phone notifications, I quickly found Watch-based notification viewing a true win.

On my cross-country trip, as well as numerous times when out and about, I had days where I'd get constant notifications, some of which were absolutely essential to respond to, and many which could be ignored. A quick glance at the watch let me know if I needed to stop, dig into my winter coat, and respond on my phone -- or just go on with my day.

I was also surprised at how much I liked Apple Pay, when it worked. Being able to simply tap my wrist to complete a payment, especially one I knew to be secure, was really quite convenient. Whenever I have the opportunity, I use Apple Pay.

But, and this brings us to the new Apple Card, Apple Pay is rarely a friction-free experience. Since the recently announced Apple Card is, essentially, Apple Pay in card form, most of the problems of Apple Pay will devolve upon the card.

Also: Wallet wars: How a Microsoft-Amazon-led alliance can strike back at Apple Card

There are some intrinsic financial factors related to Apple Card, from the rewards program to various fees, but I'm not going to discuss them here. Instead, I'm going to go to Apple's most lauded strength, which is usability, and spotlight three fatal usability flaws that will cause difficulty for Apple Card users.

Twelve months ago, I did an informal survey of Apple Pay acceptance here in Central Oregon. I live in the state capital. Salem isn't a huge city, but it's also not tiny. There's a strong retail presence here, as well as a very technically-inclined and connected populace. The results were not good. Apple Pay was accepted, but far from universally.

A year later, it's no better. I almost never try to pay with Apple Pay anymore, because it just doesn't work at most stores and restaurants. Most cashiers are now familiar with it, but while some checkout stations say Apple Pay is accepted, it's a rare credit card reader that actually functions with Apple Pay.

Using Apple Pay with my Watch is still more of an embarrassment than a convenience. It almost always takes longer, annoys people in line, ultimately fails, and I wind up having to reach for my wallet to produce plastic.

Fatal flaw #2: You may need to produce your phone when paying

Credit cards went through a substantial makeover a few years ago, moving to EMV technology. EMV stands for Europay, Mastercard, and Visa, the companies who pushed for newer, more secure standards.

New credit cards issued in the US have all come with chips on the front of the card. This has been a legal requirement since 2015. However -- and this is where the Apple Card runs into problems -- merchants are not required to use chip-based terminals, which often cost more to rent or buy than magnetic stripe verification terminals. Many merchants have years-old terminals that still work. They don't want to incur the cost and trouble involved in replacing them.

Frankly, this is a short-sighted practice on the part of merchants, because the new laws place the onus of liability on the party with the least security. For those merchants who don't accept chips, they're automatically liable in case of fraud because they only accept strips. Worse, it's much easier for criminals to skim card data from strips than it is from chips, so these merchants are also making life easier for crooks and putting their customers at risk.

There are still a lot of strip-only terminals out there. The U.S. Payments Forum Winter 2018 Market Snapshot puts chip implementation at 96 percent of the top 200 merchants. But there are a lot more merchants out there than just the big names. As many as a third of smaller retailers don't accept chip-based payments.

This is where the made-of-titanium Apple Card is going to be a problem. It displays neither a CVV code (the three digit confirmation code often shown on the front or back of a card) nor a signature. Apple uses a virtual wallet system that will encode much of this information, so if you're purchasing online, you look to the iPhone (not Android!) app to generate the latest codes.

But vendors who use older equipment or vendors who expect signatures to accompany transactions might be uncomfortable accepting a card with neither a CVV or a visible signature for verification. This may require you to produce your iPhone and provide that coding data -- or a vendor may simply deny payment because the iPhone app doesn't support their old-style protocols.

Editor's note: The original version of this article incorrectly asserted that the Apple Card had no magnetic strip.

Fatal flaw #3: It's Mastercard-only, so Costco won't accept it

In 2017, Costco was the second largest US retailer (in terms of revenue), after Walmart. That put it ahead of even Amazon (although, when we get 2018 figures, it's entirely possible Amazon has moved up).

Costco began accepting Apple Pay as of last year, but you can only use your Watch or iPhone to pay if your Apple Pay account is connected to a VISA card. Since the Apple Card will be a Mastercard-based instrument, don't bother flashing your fancy titanium ticket at Costco.

Once again, you'll need to carry another card beyond the Apple Card (and your Costco card, of course).

So we have three critical Apple Card flaws: Apple Pay isn't accepted in many locations, many vendors may have difficulty verifying signatures when using magnetic strips, and one of the top retailers in the country won't accept it. By virtue of these three gotchas, it will be impractical to carry just an Apple Card, which substantially reduces its benefit, usability, versatility, and your overall identity security.

There are some other issues as well. As Jason Perlow said, "There is this nifty titanium credit card you can whip out to show how exclusive, hip, and cool you are." I've found that people look at me strangely when I try paying with the Apple Watch. I can just imagine how turned off folks are going to be when we're struggling to get the "exclusive, hip, and cool" Apple Card to work.

I'm also a bit concerned about managing transactions using the Apple Card. Having all the transaction history (and clear vendor names) in an app seems helpful, but most of us don't live in a single-card financial vacuum. How well will transactions pull into Quicken or QuickBooks? Will that data work outside the Apple ecosystem?

And then there's Goldman Sachs

And then, finally, there's Goldman Sachs. In Apple's keynote, the company implied that your financial transactions will be secure because it's all being managed by Goldman Sachs.

But let's not forget: Goldman Sachs was instrumental in causing the financial crisis of 2007-2008. The company not only received the largest TARP bailout of any firm (which they did repay), but then went on to pay out billions of dollars in executive bonuses.

This is the same Goldman Sachs that had nearly 1,000 subsidiaries functioning as offshore tax havens to avoid taxes and that helped Greece hide its debt, fostering the European sovereign debt crisis.

This is the same Goldman Sachs that has a history of executives prosecuted for insider trading, that pushed the housing crisis over the edge with junk mortgage speculation, that was then charged with securities fraud by the SEC.

So, yeah, when Apple VP of Internet Services Jennifer Bailey says "Goldman Sachs will never share or sell your data to third parties for marketing," I sure feel secure. Don't you?

That's Apple Card. It's got some good ideas. It's got a bunch of fatal flaws. Maybe, in a few years, it will be more compelling. But right now, it's not going to be universally usable, and it's tied to Goldman Sachs. That Goldman Sachs.

What do you think? Are you going to apply for your very own titanium bite of the Apple? Let us know in the comments below.

Wearables
Cancer therapies depend on dizzying amounts of data: Here's how it's getting sorted in the cloud