To lead Apple you could need a degree. But to sell apps on the App Store you certainly don't, says Tim Cook.
Written by Liam Tung, Contributing Writer on May 13, 2019 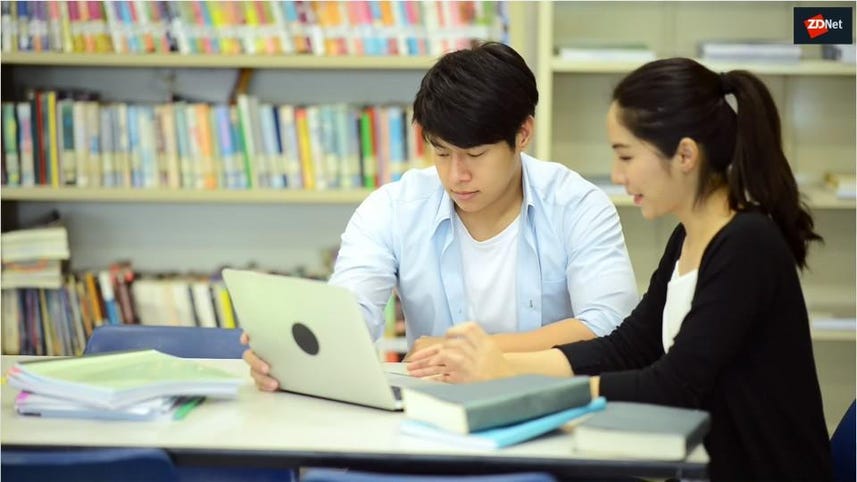 Computer-science graduates in the US can expect to pay over $100,000 to get an education and a piece of paper that says they've completed a bachelor's degree. But can that paper say anything about their proficiency at coding?

Apple co-founders Steve Jobs and Steve Wozniak didn't have degrees when they launched what has become one of the most valuable companies in the world.

And now Apple CEO Tim Cook is spreading the word that would-be programmers really don't need the endorsement of a university to be able to create something of commercial value, such as an app for the Apple App Store.

Via MacRumors, Cook told TechCrunch (paywall) that, "I don't think a four-year degree is necessary to be proficient at coding."

That should be good news for up-and-coming developers considering how to approach a career in an environment where the assumed path means completing higher education and accepting that even for high-paying professions like medicine, a degree can mean a lifetime of debt.

According to Cook, the assumption that a degree is needed is "an old, traditional view" and that the skills needed to code could be achieved just by teaching kids at an earlier stage throughout high school.

"What we found out is that if we can get coding in the early grades and have a progression of difficulty over the tenure of somebody's high-school years, by the time you graduate, kids like Liam, as an example of this, they're already writing apps that could be put on the App Store."

The Liam he is referring to is 16-year-old Liam Rosenfeld, who won one of 350 Apple Worldwide Developer Conference (WWDC) scholarships for 2019. This year's winners were announced in April and they get a free pass to attend the week-long WWDC which begins on June 3.

While Cook may have a legitimate argument about the need for a degree, the CEO was talking up Apple's Swift Playgrounds iPad app for teaching people how to write in Swift and other Apple resources for students and teachers. Cook himself has a degree in science and an expensive MBA.

While a gifted young coder without a computer science degree could potentially make a living off a few hit apps, a degree could still be valuable for some.

Cook isn't the first tech exec to promote the idea that people don't necessarily need a degree to work in the industry.

Google's former senior vice president of people operations for Google Laszlo Bock once said grade point averages are "worthless as a criteria for hiring" and don't predict anything about a person who's hired.

The most important things Google was looking for from programmers are their ability to code, the ability to learn on the go, and having an instinct for when to lead and when to relinquish power.

Services & Software
How to spot a deepfake? One simple trick is all you need

AI & Robotics
If a scratch or two doesn't bother you, these Apple iPad deals are not to be missed