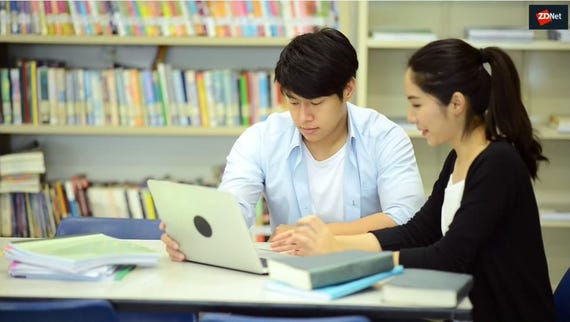 In a global market competing for scarce A-grade tech talent, the US looks better placed than certain other major markets to deliver top-quality computer-science graduates.

The study, published in the Proceedings of the National Academy of Sciences of the United States of America, investigated the quality of fourth-year or 'senior' computer-science students in each of the nations.

Students were put through their paces with the Major Field Test for Computer Science, a roughly two-hour test developed by US non-profit Educational Testing Service consisting of 66 multiple-choice questions.

The study included students from elite and non-elite universities in the four countries. Although the study is not truly global, it does account for the world's top-four economic and political powerhouses.

The results suggest that whether you're a man, woman, migrant or local, you're going to be a more skilled computer-science graduate if you study in the US than elsewhere.

Computer-science students in US universities outperformed their counterparts in Russia, China, and India across all categories in the ETS test.

Meanwhile, seniors in elite US universities "score much higher than seniors from elite programs in the other three countries", the study's authors note.

One piece of good news for computer-science students outside the US is that they're all at the same skill level.

The researchers note that the US's skills advantage is not because it has a large proportion of high-scoring international students. They sifted out this potential flaw by asking US participants whether they communicate better in English than in another language.

On gender differences, the study found "consistent but moderate" higher scores among males over females. However, the differences between genders within each country is smaller than the skills gaps between the US and other countries, suggesting a woman who had the opportunity to study in the US would perform better there than studying in a home-country institution.

Women from the US, on average, got comparable results to students in elite programs in the three other countries.

The researchers believe the findings could help redefine the way computer-science admissions are structured, which are often based on skill levels in math, science, and physics. Russian high-school students, for example, significantly outperform their peers in the US in physics before entering a computer-science degree, while Chinese students have far higher skills in math than any of the other three countries, according to the authors.

The findings could also have implications for how tech giants and large enterprise approach hiring.

"The results, when viewed in the context of the number of CS graduates emerging from different CS programs across countries, have implications for the global supply of computing professionals," the researchers write.

More on computer science and skills