Apple reported its second quarter financial results Tuesday, with revenues effectively in line with market expectations and an earnings beat.

Wall Street was looking for earnings of $2.02 per share on revenue of $53 billion.

"We are proud to report a strong March quarter, with revenue growth accelerating from the December quarter and continued robust demand for iPhone 7 Plus," said CEO Tim Cook in a statement. "We've seen great customer response to both models of the new iPhone 7 (PRODUCT)RED Special Edition and we're thrilled with the strong momentum of our Services business, with our highest revenue ever for a 13-week quarter."

Apple sold 50.76 million iPhones for the quarter, which is a 1-percent year-over-year decline in units shipped. iPhone revenues were up 1 point year over year. Analysts had expected iPhone sales to reach around 52 million for the quarter.

Meanwhile, services revenue came in at $7.041 million for the quarter, up 18 percent year over year. Services is Apple's second-largest operating segment after the iPhone.

International sales accounted for 65 percent of the quarter's revenue, Apple noted. Revenue was up year over year in every global region except Greater China, which was down 14 percent.

Apple also announced that its Board of Directors has authorized an increase of $50 billion to the Company's program to return capital to shareholders. The board also approved a 10.5 percent increase to the company's quarterly dividend, declaring a dividend of $0.63 per share.

For the third quarter of fiscal 2017, Apple said it expects to bring in revenue between $43.5 billion and $45.5 billion.

Apple to make entirely renewable devices with help from Liam 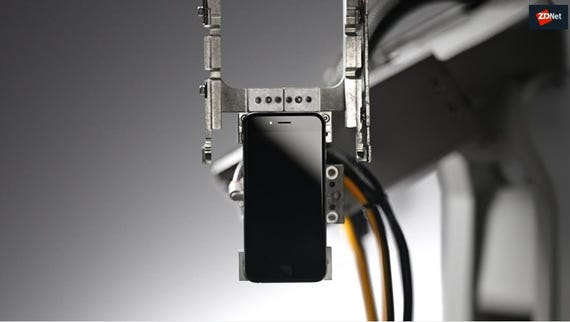 Join Discussion for: Apple misses on iPhone sales in Q2