To put Apple's instructor-led video workout service to the test, I enlisted help from an experienced fitness club user: My wife.
Written by Jason Perlow, Senior Contributing Writer on Jan. 8, 2021 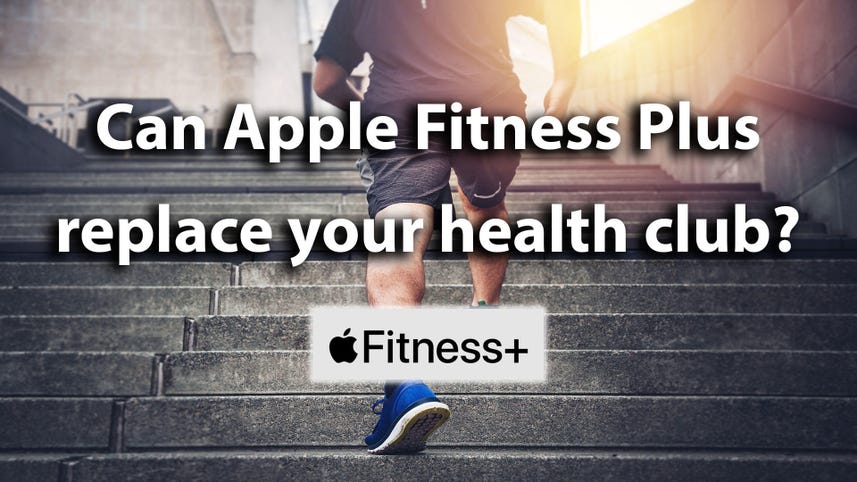 In mid-December, just before the holiday break, Apple released Fitness Plus, its streaming guided video workout service that integrates with Apple Watch, the iPhone, iPad, and Apple TV.

For those who have also subscribed to Apple One Premier, the Fitness Plus service is included in the $29.95 per month fee. While I have been using an Apple Watch for about three years, I wasn't the right candidate to put this thing through its paces.

I wanted to enlist someone intimately familiar with daily workout routines and health clubs to really put Fitness Plus to the test: My wife, Rachel. After having used the service for three weeks, she has an interesting perspective on her experience and is here to tell us about what's good and what's not so good about Apple's new virtual health club offering.

Also: What is Apple One, how much is it, and what's included?

Should you take the plunge?

Jason Perlow: Rachel, before using Fitness Plus, you had been actively going to the gym for about five years before the pandemic started. Can you explain what happened since then?

Rachel Perlow: As you said, I went to the gym almost daily. I began with a trainer for a year or so; then, I started going to classes. In February, people started talking about the pandemic, then in March about closings. Several of us talked to one of our favorite instructors about what we would do if the gym closed. We discussed going to parks together, but that seemed unwise. Plus, it's hot in Florida! So in March, when the gym really did close, our instructor, Rose, set up a private Facebook page and started doing live-streamed classes every morning. It was almost like being at the gym! We were all working out together and could post questions or encouragement to each other.

Over the summer, the gyms reopened. Rose continued to do videos a couple of times a week, but it wasn't every day. Thankfully, by then, we had over 100 videos archived. You were uncomfortable with me returning to the gym, so I continued to do these archived workouts instead.

Jason Perlow: So, when we signed up for Apple One Premier, which comes with Fitness Plus, I encouraged you to test this out and use it exclusively as your workout program for a few weeks. Let's talk about the startup process. This service requires an Apple Watch, and you didn't have one or even want one.

Rachel Perlow: In fact, I really didn't want one! My feelings were: "I work out every day. I don't need to keep track of calories burned and steps taken!"

Jason Perlow: Right. So, I had to lend you mine for a while until we decided that you should have your own. Your Watch SE got here on Christmas Eve.

Jason Perlow: So I got you set up in your usual exercise area, our bar, with your iPad and your new Watch. What was the initial experience like? How would you compare the Fitness Plus regimens to what you were doing with your fitness instructor?

Rachel Perlow: The first class I tried was a short Yoga class. I didn't care for it at all. The instructor moved a lot without verbally explaining the transitions thoroughly. When you're doing the activity, you aren't looking at the screen the whole time and need verbal cues. I tried a Dance class and felt really lost and uncoordinated. I thought it would be like Zumba, and it isn't. But some classes are similar to what I was used to.

Jason Perlow: So, it sounds as if you do like some aspects of the Fitness Plus service. What would you suggest could be improved?

Rachel Perlow: I wish there were more variety of classes that don't require large equipment purchases. I don't have a cycle or treadmill. I suppose some people might take their iPads into the gym to use the classes on equipment with earbuds. But I don't go to the gym these days.

I also miss some of my favorite classes, like Kickbox. Also, there's no Step class -- that's not a big equipment investment for home users; I could buy the same model of step that my fitness club used for about $100.

I'm also shocked they don't offer Zumba. That's very popular, and if Apple is licensing all this music, you would think they could license Zumba!

It's annoying that you can't make a playlist of selections, which Apple could do easily. You also can't fast forward or rewind a workout once it has started; you can only re-start it or pause playback. The iPad user interface is also not as extensive as the one on the iPhone, you can't review your progress or ring data or anything like that, you can only use it to play content.

Finally, I wish there were longer classes. I've been used to doing classes, which are an hour or an-hour-and-15-minutes long. All the classes on Fitness Plus are 10, 20, 30-minutes long. Only Yoga and Treadmill offer 45-minute classes. So I generally have to string together three to four classes to do a sufficient workout.

What Rachel Perlow likes about Fitness Plus