Apple: 'Here's why ditching iPhone Lightning port for a standard charger is a bad idea'

Apple pays for a consultancy to explain why a mandatory standard charger would not help the environment.
Written by Liam Tung, Contributing Writer on Jan. 24, 2020 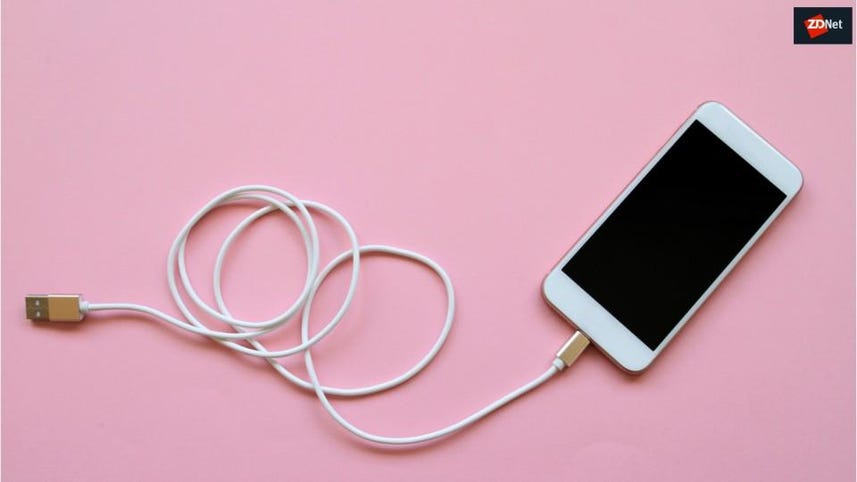 iPhone maker Apple has given its not-so-surprising response to the European Commission's proposal for a standard phone charger. According to Apple, that rule would stifle innovation and wouldn't help the environment.

Apple likes to promote the green benefits of its trade-in program, but the Cupertino-based company disagrees with Europe's idea that a standard charger for smartphones would be good for the continent's environment.

EU politicians earlier this month outlined plans to introduce stricter regulations to make smartphone makers conform in offering a standard connector, with the main objective of reducing tons of waste in tech accessories.

The EU has had voluntary rules in place for the past decade, but politicians reckon they've been ineffective in reducing waste.

Apple's policy people say the industry doesn't need European standardization because the whole industry – except Apple – is moving towards USB-C.

"We believe regulation that forces conformity across the type of connector built into all smartphones stifles innovation rather than encouraging it, and would harm consumers in Europe and the economy as a whole," Apple said in a statement to Reuters.

"We hope the (European) Commission will continue to seek a solution that does not restrict the industry's ability to innovate," it said.

Apple has adopted USB-C for MacBooks but, unlike nearly all Android handset makers, Apple uses the Lightning connector for the iPhone, because it gives the company more control.

"More than one billion Apple devices have shipped using a Lightning connector in addition to an entire ecosystem of accessory and device manufacturers who use Lightning to serve our collective customers," said Apple.

"Legislation would have a direct negative impact by disrupting the hundreds of millions of active devices and accessories used by our European customers and even more Apple customers worldwide, creating an unprecedented volume of electronic waste and greatly inconveniencing users."

While Americans might scoff at stuffy rules from EU politicians, Apple has created a costly headache for many consumers because of its charging cable choices.

It's adopted USB-C for new iPad Pro models but iPhones remain off limits for USB-C, meaning consumers need to employ an array of connectors.

Apple's new statement is a slightly toned-down version of the line it took last year, arguing that European regulation would "freeze innovation rather than encourage it". European politicians hope the regulation could reduce the 51,000 tonnes of waste per year in old chargers across the EU.

At the time, Apple also argued in a fear-mongering statement that cable legislation would "render obsolete the devices and accessories used by many millions of Europeans and hundreds of millions of Apple customers worldwide".

Apple is thought to be planning to eventually remove the Lightning port on the iPhone in a bid to make its flagship phones completely wireless.

SEE: Do you make these iPhone charging mistakes?

Apple's new statement follows a study it commissioned from Danish economist consultancy Copenhagen Economics, which concludes that a European common charger law would cost consumers far more than any environmental benefits it could deliver.

"On this basis, given the centrality of consumer benefits in policy evaluation, it is unlikely that a Common Charger initiative forcing a single connector type would achieve a positive socio-economic outcome."

The consultancy ran a survey and claims to have found that, on average, consumers have one cable in regular use for each device and that half of households already use a single connector for all mobile devices, which means half the population wouldn't reduce cable consumption if a standard was mandated.