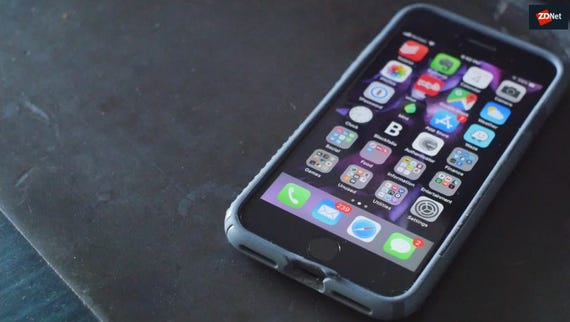 Apple has removed a bunch of apps in the App Store that send location data to third parties without obtaining user consent, according to a report.

Apple is informing some developers with apps in the App Store that upon re-evaluation their apps violate sections 5.1.1 and 5.1.2 of the App Store Review Guidelines, 9to5Mac reports. The sections concern data collection and storage, and data use and sharing.

Apple has told at least one developer that his "app will be removed from sale on the App Store at this time" and that to restore its place the developer will need to "remove any code, frameworks, or SDKs" from the app that "transmits user location data to third parties without explicit consent from the user and for unapproved purposes".

The crackdown is happening just weeks before Europe's General Data Protection Regulation (GDPR) comes into effect. However, it's not certain whether GDPR is Apple's motivation or whether it's just the company enforcing its own rules.

A portion of Section 5.1.1 states that: "Apps that collect user or usage data must have a privacy policy and secure user consent for the collection."

Section 5.1.2 states: "Data collected from apps may not be used or shared with third parties for purposes unrelated to improving the user experience or software/hardware performance connected to the app's functionality, or to serve advertising in compliance with the Apple Developer Program License Agreement."

GDPR nonetheless requires firms to gain a user's explicit consent to process personal data, including location data if it can be tied to an identifiable individual. GDPR also introduces stricter rules on the usage of data.

On that front, Apple in March released tools to assist app developers comply with GDPR rules on occasions when users request a copy of data in an app associated with their Apple ID, and when users request their data be deleted from an app.

CarPlay, for what it is, works nicely. It's incredibly limited in some really dumb ways

Time to look beyond iPhone sales

While iPhone sales growth was stuck in single-digit territory, revenue growth was surprisingly strong. But for really strong growth, we have to look beyond the iPhone.

As we've come to expect, the latest release of iOS -- iOS 11.3.1, which was released to fix a bug -- breaks things on some iPhones.

More details emerge about the headset Apple is reported to be making.