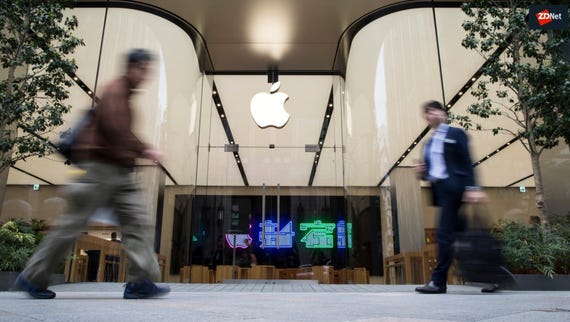 Apple's Q2 18 results are out, and to say it was an interesting quarter is an understatement to say the least.

Must read : Don't buy these Apple products (May 2018 edition)

While year-on-year growth of only 3 percent might on the face of it seem weak, the 14-percent growth in revenue over that time is strong. ASP (Average Selling Price) for the iPhone is up from $655 for the year-ago quarter to $728 during the last quarter.

The iPhone X, which went on sale back in November, is priced between $999 and $1,149, depending on configuration, which is at least $150 more than any previous iPhone starting price. However, it's also important to bear in mind that the iPhone 8 and iPhone 8 Plus both saw a price bump of $50 each, which also adds to the ASP increase.

Both of these factors clearly contributed to the increasing ASP. However, Apple CEO Tim Cook was keen to point out that the iPhone X is a strong seller:

"Customers chose iPhone X more than any other iPhone each week in the March quarter, just as they did following its launch in the December quarter."

Apple's gamble that people would pay more for an iPhone is clearly paying off. And it's shifting Apple away from relying on ever-increasing unit sales. 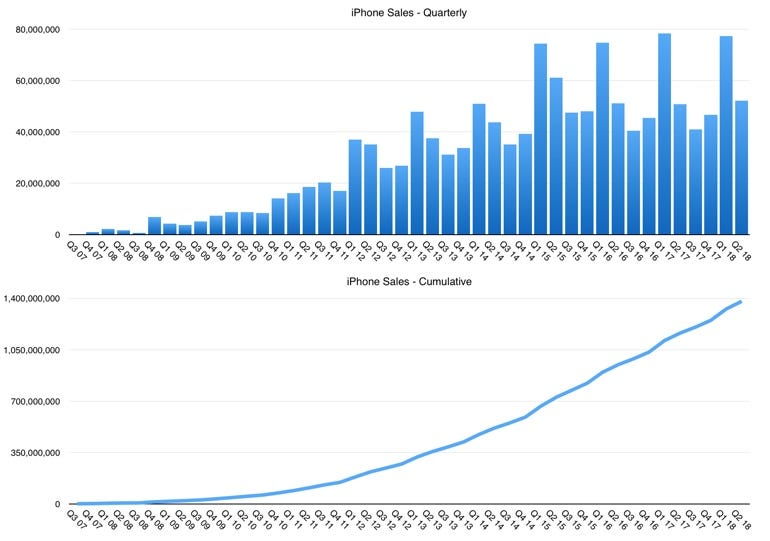 Things are also pretty good on the iPad front. Again, while year-on-year growth is small -- only 2 percent -- this resulted in a revenue increase of 6 percent over the same period. iPad ASP for the last quarter stood at $451, compared to $436 for Q2 17.

Putting the sales figures another way, Apple sold around one iPad for every five iPhones it sold. Not bad for a product that many write off as dead. 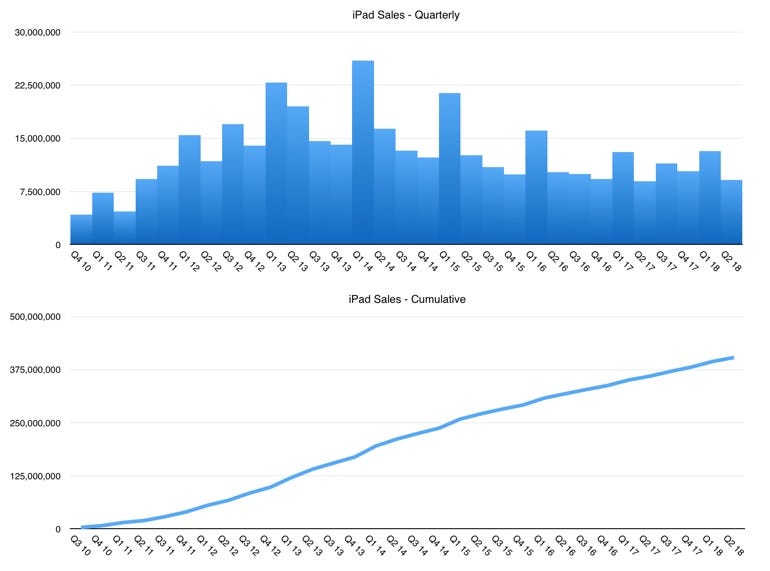 Despite sales falling, it's important to bear in mind that Macs pulled in more revenue over the quarter than the iPad did ($5.8 billion vs. $4.1 billion)

But if you want to see spectacular growth, we have to look beyond the iPad and the Mac, and even the titan that is the iPhone, and look at Apple's "Services" category (which includes digital content and services, AppleCare, Apple Pay, licensing, and other services) and "Other Products" (which includes sales of AirPods, Apple TV, Apple Watch, Beats products, HomePod, iPod touch and other Apple-branded and third-party accessories). These categories saw year-on-year revenue growth of 31 and 38 percent, respectively.

Join Discussion for: Time to look beyond iPhone sales