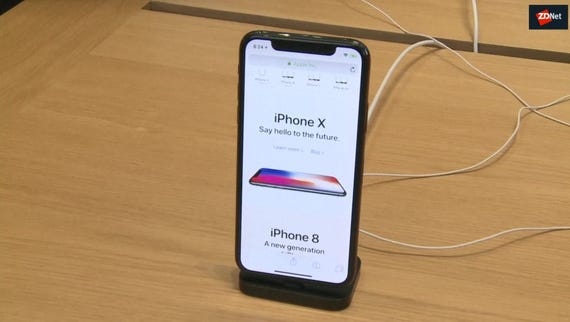 Back to the future with a 4-inch pocket powerhouse A smaller version of the 4.7-inch iPhone 6s, the 4-inch iPhone SE is hardly a low-cost model, but it should make an attractive option for people who prefer a truly pocket-sized smartphone.

In February, we covered a Eurasian Economic Commission (EEC) filing that indicated two iPad models were nearing release. Sure enough, about a month later Apple announced two iPads during a special event in Chicago.

On Wednesday, Consomac reported on a new filing that details a total of 11 different iPhone model numbers have been approved by the EEC.

Details are, of course, scarce in the filing, outside of mentioning the devices will run iOS 11.

Considering the timing and Apple's typical release schedule for its flagship line of smartphones in the fall, along with the constant swirl of rumors regarding an updated iPhone SE, we are likely looking at the model members for the iPhone SE 2.

Read also: The 10 best smartphones of 2018 (shame about Huawei) | This is why Apple needs a cheaper iPhone | Who's hurt by the ZTE ban? US consumers and businesses

Taking into account the track record of EEC filings appearing roughly a month before a product is released, we should expect an announcement for these particular iPhone model numbers toward the end of May or early June.

It just so happens that Apple's developer conference, WWDC, is scheduled for early June, where the company has used the opening keynote to announce new hardware in the past.

What features does the smartphone of the... SEE FULL GALLERY