Full Bio
Posted in Between the Lines on September 3, 2013 | Topic: Apple

Apple is finally ready to talk about, what we are guessing is its latest and greatest smartphone.

Just hours after Microsoft stole the spotlight with the news it would acquire Nokia's phone making business , Apple took the limelight for itself. The next Apple smartphone, dubbed the iPhone 5S, is expected to be announced at an event at the company's headquarters in Cupertino, California on September 10. 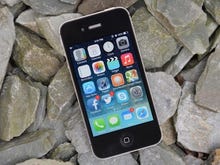 The technology giant sent sister site CNET an invitation this morning, reading: "This should brighten everyone's day." The "bubble" graphics indicate the event will also focus on iOS 7 , the next-generation mobile platform, which will launch with the next smartphone.

What's on the cards? It's clear as day that the Cupertino, Calif.-based technology giant will launch the latest iteration of its popular premium smartphone. But it's unclear if Apple will also launch something entirely new — a low-cost budget iPhone designed for the emerging markets, dubbed the iPhone 5C, as rumors suggest.

We are not, however, expecting a new iPad to make an appearance at the September event. Following an adjusted release cycle last year, Apple will likely hold a separate event in November, just ahead of the lucrative December holiday season.

CNET will be there live with all the live coverage and the breaking news, while ZDNet will have instant analysis as it happens and to follow.

Steve Ranger: The Apple rumour mill is going into hyperdrive, but what are the real issues that Apple needs to focus on with its next iteration of the iPhone?

Andrew Nusca: According to a new report quoting employees at a Chinese supplier, Apple will begin shipping two Apple iPhone models — one premium, one economy— in early September

Larry Dignan: Apple worrywarts are not hard to find as the company preps its next iPhone launch. Some analysts bet that smartphone buyers are more interested in the iPhone launch more than a year from now.

Andy Smith: One of the latest rumors says Apple will add color to its next-generation lineup of iPhones — champagne gold. But why?

Bring on the gold iPhone!

Jason D. O'Grady: A new leak out of China shows what appears to be a video of an extremely scratch-resistant iPhone 5C. In it, the device survives close contact with coins, keys, screws, and paper clips unscathed.

Zack Whittaker: After one month of using Apple's latest mobile operating system, it is clear that iOS 7 had an extreme makeover, beauty pageant style, in a vastly aesthetic and design-focused release. If this is chapter two in Apple's mobile design book, can it be sustained through later versions?

Andy Smith: The iPhone and iPad maker on Monday announced iOS 7, its latest mobile operating system. ZDNet takes it for a test drive and shows you the new user interface and some of the new features.

Rachel King: Following months without a peep from Cupertino, the anticipation and buzz for a new iPhone generation is reaching a boiling point.

Apple's iPhone trade-in program: Can it prime the upgrade pump?

Larry Dignan: Apple's trade-in program could entice customers to swap out those iPhone 4 devices for a fresher model.

Jason D. O'Grady: Biometrics are the new NFC. Over a half a billion users have iTunes accounts primed for mobile payments. While traditional NFC is a nice-to-have feature that enables mobile commerce, biometrics are poised to make the iPhone the digital wallet of the future.

Zack Whittaker: Whatever the next iPhone will be called—the iPhone 5S, or even the iPhone 6—one analyst believes Apple's dip in iPhone gross margin will recover with the next iteration of the popular smartphone. Here's why.