Apple hasn't touched the Mac Pro in over three years, but it seems that an updated version is now in the works.

In an interview with BuzzFeed News, Apple's SVP of worldwide marketing Phil Schiller claims the company is "completely rethinking the Mac Pro" following the last update, which was back in 2013.

But don't get too excited just yet because, as Schiller pointed out, "you won't see any of these products this year."

We also get insight into why Apple has left the Mac Pro to rot for so long.

"We designed ourselves into a bit of a corner," Craig Federighi, Apple's SVP of software engineering is reported as saying. "We wanted to do something bold and different. What we didn't appreciate completely at the time was how we had so tailored that design to a specific vision that in the future we would find ourselves a bit boxed in -- into a circular shape."

It's not often that Apple admits to making a design blunder, but that seems to be the excuse being offered as to the apparent abandonment of Apple's pro workstation.

"We made something bold that we thought would be great ... and what we discovered is that it was great for some and not others -- enough so, that we realized we had to take another path, and look for the next answer," Schiller said.

A new display for the Mac Pro workstation is also incoming, but beyond that tidbit there's little to report yet.

Here's how to enable the new Night Shift mode on your Mac: 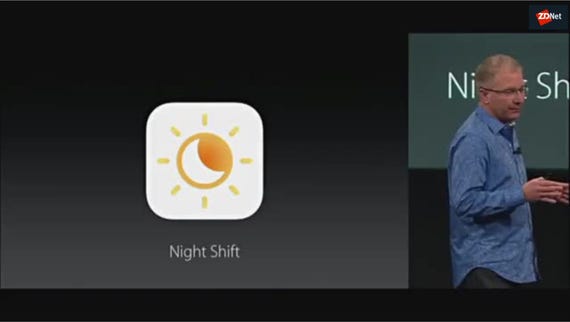 Join Discussion for: Apple: 'We are completely rethinking the...