An unfortunate yet inevitable side-effect of the popularity of gadgets is e-waste, and it's something that every company has to address. But Apple is facing a literal skyscraper.
Written by Adrian Kingsley-Hughes, Contributing Writer on Feb. 2, 2021 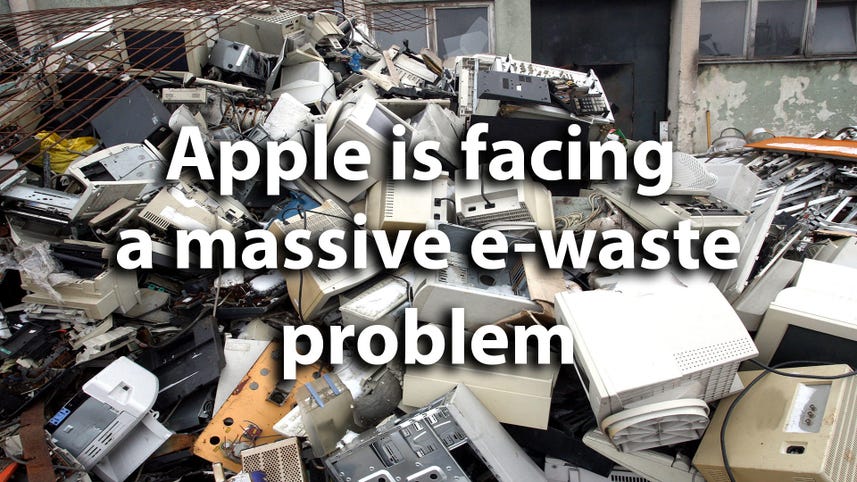 At the time I remember thinking "wow," and then promptly forgot about it.

Then the other night, it struck me just how enormous that number actually is.

A billion. Then half again. And a bit more on top to finish.

And then it dawned on me just how big of an e-waste problem is facing Apple in the coming years.

Must read: iPhone tip: I've been using an iPhone for years, and only just found this feature

A billion of anything is huge. A billion grains of rice weigh 25 metric tons and take up 30 cubic meters.

But Apple doesn't sell rice. It sells iPhones and iPads and Macs.

Assuming the ecosystem was made up entirely of iPhones, an iPhone, on average, weighs 150g and are 130mm long. This means that you're looking at a pile of iPhones weighing 250,000 metric tons (the Empire State Building weighs in at roughly 330,000 metric tons), and if laid end-to-end would circle the Earth more than five times.

I found those numbers so hard to believe that I've had to check them several times.

Now again, they're not all iPhones (according to Cook, a billion are iPhones), and some are Macs and iPads, so this is a conservative estimate.

Doing some back-of-the-envelope scribblings, and it's easy to see this ecosystem topping the weight of the Empire State Building.

Now, if we imagine that Apple stopped selling hardware today, we can conservatively estimate that in 8 years, about 80 percent of this hardware will be obsolete and will need to be collected, processed, and recycled.

But Apple hasn't stopped making things. If anything, the ecosystem is growing rapidly. This time last year, Apple boasted it had 1.4 billion active devices in the wild, with 900 million of those being iPhones.

Then there's all those accessories. If Apple abandons the Lightning port as it is predicted to do, that move alone would result in an incredible amount of e-waste.

Apple is not alone in being responsible for creating this legacy -- every company that makes a thing needs to have a plan for what happens to said thing when it has come to the end of its life -- but the rate at which Apple is making hardware, combined with how fast its ecosystem is growing, means that over the coming years there will be an enormous volume of Apple-branded hardware that will need dealing with.

I'd like to see Apple publish figures on hardware recycling, outlining how much materials are recovered. This, in turn, would spur other companies to follow suit.

Services & Software
The iPhone 14 will lag behind flagship Android smartphones