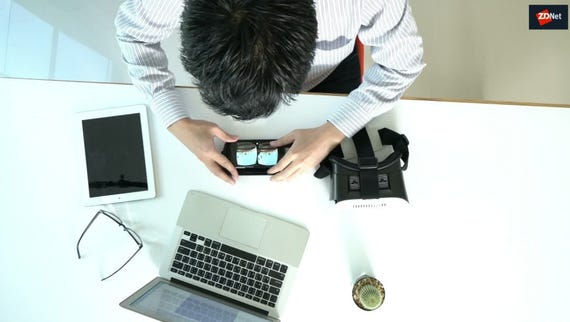 Arm has revealed its roadmap through to 2020 for chips it reckons will be powerful enough to loosen Intel's decades-long grip on the PC market.

Arm-designed chips dominate the smartphone market thanks to processors largely made by Qualcomm that as of this year have also started appearing in Windows 10 on Arm laptops made by HP, Lenovo, Asus, and soon Samsung.

These laptops do have longer battery life and 4G, but starting at $600 they're not cheap and don't come close to Intel's Core chips on performance.

But Arm recently began boasting that its newest chip design, the Cortex-A76, will be on par with Intel's top Core i7 chips and will deliver a performance gain of 35 percent on its older designs.

It comes as Microsoft continues its work with Qualcomm to optimize Windows for devices powered by Qualcomm's Snapdragon chips, including the forthcoming Snapdragon 850, which Samsung used for its first Arm-based Windows 10 laptop. So it appears there is some momentum behind the concept.

Arm has now revealed its follow-up chips to the Cortex-A76 aimed at the PC market. They should arrive on new laptops in 2019 and 2020.

Deimos chips will be built with a seven-nanometer (nm) process, while Hercules will be build with 7nm and 5nm processes.

"Our roadmap of client CPUs has been designed to take advantage of the disruptive innovation 5G will bring to all client devices," said Nandan Nayampally, vice president and general manager of Arm's client business.

"This combined with innovations from our silicon and foundry partners will enable Arm SoCs to break through the dominance of x86 and gain substantial market share in Windows laptops and Chromebooks over the next five years."

A LinkedIn job posting has revealed some new details about how it's preparing Windows for new form factors and new devices.

The 12.3-inch convertible is one of the first Windows 10 devices powered by Qualcomm's Snapdragon 835 processor, which promises up to 20 hours of battery life.

The first crop of Snapdragon 835-based Windows 10 PCs are starting to roll out more widely. Here's my 'non-reviewer's review' of the ARM-based HP Envy x2.

Join Discussion for: Arm on Windows 10, Chromebooks: Can its new...