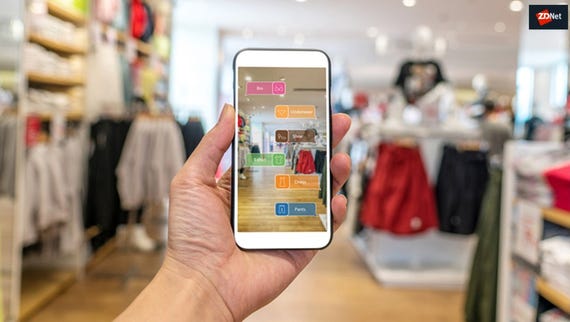 With retail technology at the forefront of the National Retail Federation's annual conference in New York City, it's worth paying attention to one huge cloud computing battle off to the side: Microsoft Azure vs. Google Cloud Platform.

You didn't really think that retailers would be flocking to Amazon Web Services, did you? Of course, some retailers will play ball with AWS (and arguably should), but many companies will be looking to expand with Microsoft Azure and Google Cloud Platform.

Simply put, retail-as-a-service is an open field opportunity for both Azure and Google Cloud. Rest assured that retail executives and technology decision-makers will get a hefty dose of both just as the retail sector struggles with expectations.

Microsoft last week got ahead of the retail scrum by announcing a retail-as-a-service (RaaS) partnership with supermarket chain Kroger, which is splitting its cloud buying between Azure and Google Cloud Platform.

The Kroger deal rhymes with how Walmart is partnering with Microsoft. Walmart will use Microsoft 365, AI, Internet of Things tools and Azure. Microsoft also has a bevy of other retail customers such as Macy's, but Walmart is the lead dog in the anti-AWS crowd.

Google Cloud Platform's retail story is still being sketched out and not surprisingly the company has pushed its infrastructure and scale as a big differentiator. In a recent blog post, Google Cloud Platform outlined how it managed traffic, added support and bolstered its technology foundation for Black Friday and Cyber Monday.

Shopify was Google Cloud Platform's big customer reference in its post, but the company also counts Lush, Etsy and Target as customers.

Also: Special report: The future of Everything as a Service (free PDF)

Bottom line: Retail is one of the few industries where AWS isn't likely to have a huge lead. That reality means Google and Microsoft can pitch their AI and cloud wares to a receptive audience.

Join Discussion for: At NRF 2019, Microsoft Azure and Google Cloud...