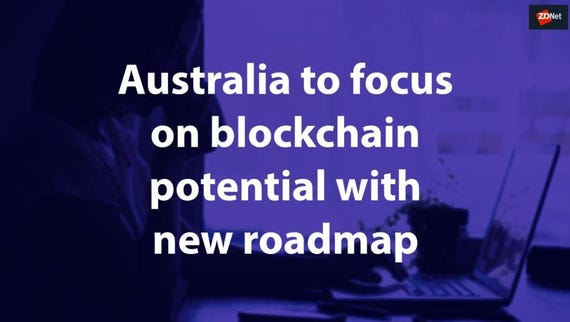 The Australian government believes there are opportunities across the economy that can be seized and enabled by the use of blockchain technology.

The government, in its 52-page blockchain roadmap [PDF], says the technology has the potential to create jobs, create new economic growth, save businesses money, and improve the nation's overall productivity.

The roadmap, The National Blockchain Roadmap: Progressing towards a blockchain-empowered future, focuses on three areas: Regulation and standards; skills, capability, and innovation; and international investment and collaboration.

One of the responsibilities of the committee would be to provide advice regarding existing government programs and what support is available to the sector. It would also be required to work with other committees, such as the Treasury Fintech Advisory Committee.

It would also be tasked with providing advice to government on the next two blockchain use cases that would be explored.

Step number two of the roadmap is progressing work on those next two use cases through working alongside industry, the research sector, and government.

It is expected the establishment of a group of government blockchain users would see discussions on the learnings from existing government use cases; and that all involved would look internationally to identify examples of countries using blockchain to provide efficient government services, such as Estonia, for learnings for Australia.

See also: e-Estonia: What is all the fuss about?

The roadmap also asks for those involved to work closely with blockchain providers, as well as to ensure that blockchain is included in broader policy work to "increase management capability around digital technologies".

Roadmap item number eight asks for industry and educational institutions to work together to "develop common frameworks and course content for blockchain qualifications".

"This roadmap highlights some of the enormous opportunities blockchain technology can enable -- across our whole economy, not just in the financial sector," Minister for Industry, Science and Technology Karen Andrews said in her foreword.

"These opportunities include supply chains and logistics; agriculture; trusted credentials; and smart contracts -- just to name a few. Australia has some real strengths in blockchain technology, from our world-class research to our innovative companies to our leading role in the development of international standards for blockchain."

"Blockchain is a technology with real potential to save businesses money and to open new business and export opportunities," she added, calling it the "start of the conversation between government, industry, and universities".

In preparing its roadmap, the government looked into 138 blockchain activities in Australia, which revealed activity mostly came from small-to-medium sized businesses in New South Wales and Victoria. The financial and insurance services had the most activity.

The roadmap follows the Digital Transformation Agency (DTA) giving advice over a year ago to those getting lost in the buzz of blockchain that they should turn their attention elsewhere.

DTA chief digital officer Peter Alexander also dunked on its use, adding to the above that "for every use of blockchain you would consider today, there is a better technology -- alternate databases, secure connections, standardised API engagement".

Join Discussion for: Australia to focus on blockchain potential...