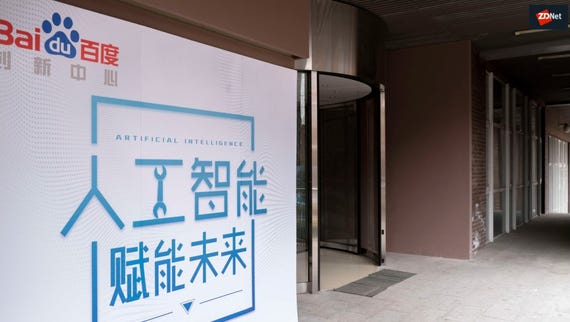 Chinese search engine Baidu, owning a dominating market share in China since Google's exit from the local market eight years ago, is ready to win against the US technology giant again if it returns to China, according to Baidu founder and CEO Robin Li.

"If Google decides to return to China, we will take the chance to have a real fight, and we will win it again," Li said on his private social network last week, commenting on an article on Chinese government mouthpiece People's Daily that says Google is welcome to return to mainland China only if it complies with Chinese laws.

The market share of the US technology giant in China has continued to fall since 2010 when it decided to leave the country, Li wrote, adding that the Chinese company already owned over a 70 percent share in China eight years ago, according to a Chinese report.

Li said that Chinese tech companies have already taken the lead over the years, adding that times have changed and the whole world is now copying China.

The Intercept reported early this month that Google is planning a filtered search app in China to comply with the government's stringent censorship on content, citing leaked documents. Bloomberg subsequently said that the US firm is also in talks with China's Tencent and a few other companies to offer its cloud services in mainland China, citing people familiar with the discussions, implying that Google is laying solid groundwork for its return to the world's second-largest economy.

But Google's turnaround could never become easy in China as the company will have to face the same issue that prompted its decision to leave the country eight years ago -- Google left the Chinese mainland in 2010 amid a censorship and hacking feud with the Chinese government, with the company moving its online search services to Hong Kong afterwards.

Google is not the only US tech company banned in China with an intention to return to the market. Facebook reportedly planned to register a subsidiary in the eastern city of Hangzhou that was fully owned by Facebook Hong Kong Ltd.

Facebook also announced plans to open an innovation hub in mainland China, but the government withdrew its approval.

The Chinese e-commerce platform Pinduoduo has been criticized by the media for selling knockoffs after its initial public offering in the US in late July.

The social media giant that has been blocked for a decade has had its approval to stand up an innovation hub withdrawn by the Chinese government.

Google may return to China via Shanghai Free-Trade Zone: Report

The US search giant has set up a company in the Shanghai Free-Trade Zone, an economic experimental area in Shanghai which offers various incentives and liberalisation measures for companies established in the region.

Join Discussion for: Baidu founder confident to beat Google if...