The US agency alleges that The Entrepreneurs Headquarters defrauded customers out of $1.1 million in Bitcoin.
Written by Charlie Osborne, Contributing Writer on Jan. 22, 2018 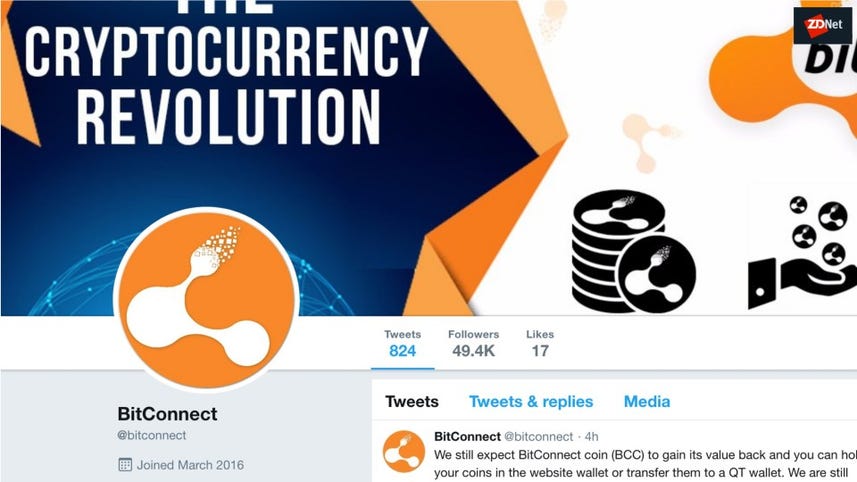 The US Commodity Futures Trading Commission (CFTC) has filed a set of civil lawsuits against The Entrepreneurs Headquarters Ltd, alleging the company ran a get-rich-quick cryptocurrency scam.

According to the CFTC, the civil enforcement action, filed on 18 January, is designed to take UK-registered Entrepreneurs Headquarters to task for defrauding customers out of roughly $1.1 million in Bitcoin (BTC).

Entrepreneurs Headquarters CEO Dillon Michael Dean from Longmont, Colorado and his company are accused of "engaging in a fraudulent scheme to solicit Bitcoin from members of the public" by misrepresenting their funds would be pooled and invested in products including binary options.

In the classic Ponzi scheme model, prosecutors allege that these funds were simply used to pay off other investors, which further built the Ponzi pyramid.

This misappropriation of investor Bitcoin is only one problem, however, as Dean and his company also reportedly failed to register with the US agency as a Commodity Pool Operator (CPO) and Associated Person of a CPO.

Between April 2017 to the present, the company allegedly solicited at least $1.1 million in BTC from roughly 600 members of the public. Investors were promised the conversion of their funds to fiat currency as well as high rates of return.

After the one million dollar mark in BTC was reached, Dean stopped paying investors altogether, closed down the firm's social media accounts and vanished with the cryptocurrency.

The lawsuit has been filed in the US District Court for the Eastern District of New York.

Prosecutors are seeking damages for those defrauded, as well as permanent trading and registration bans.

"Increased public interest in Bitcoin and other virtual currencies has provided new opportunities for bad actors," said James McDonald, the CFTC's Director of Enforcement. "As alleged in the Complaint, Defendants sought to take advantage of that public interest, offering retail customers the chance to use Bitcoin to invest in binary options, when in reality they were only buying into a Ponzi scheme."

Often viewed as controversial and a scam by some, investor funds were converted into the platform's BitConnect Coins (BCC) at the time of the announcement, despite original funds being deposited in BTC.

BCC was worth over $500 at its peak and quickly crashed when the exchange element closed, leading users to believe it may be an exit scam. The price has crept up to $18 at the time of writing, which still leaves investors heavily out of pocket -- and holding a potentially useless cryptocurrency.

The high rates of returns were always considered sketchy, with some considering BitConnect nothing more than a Ponzi scheme, and investor losses have not garnered much sympathy from the cryptocurrency community.