Big technology is busy building quasi conglomerates and can do well because the growth is there. However, the music eventually stops.
Written by Larry Dignan on Nov. 21, 2021

Conglomerates are dead. Will big tech get the memo?

We could toss in a few other examples, such as AT&T separating from its media business too.

The rationale for these conglomerate breakups is pretty straightforward. These giants became large and cumbersome and were weighed down. By splitting up, these companies' offspring can perform better with more focus. When the growth goes, so does the rationale for a conglomerate. The argument for conglomerates--the idea that magic management can run any business -- fades away.

Ray Wang, author of Everybody Wants to Rule the World, said in a recent interview that the conglomerate playbook is flawed. But conglomerates can compete. They have to form joint ventures, build an ecosystem and bring in investors. Think about the Honeywell Quantum-Cambridge Quantum deal.

"A lot more of these like existing companies need more joint ventures to end up with a portfolio of innovation startups in these industries," explained Wang. "That's how they're going to be successful. Legacy players should be portfolio holding companies." 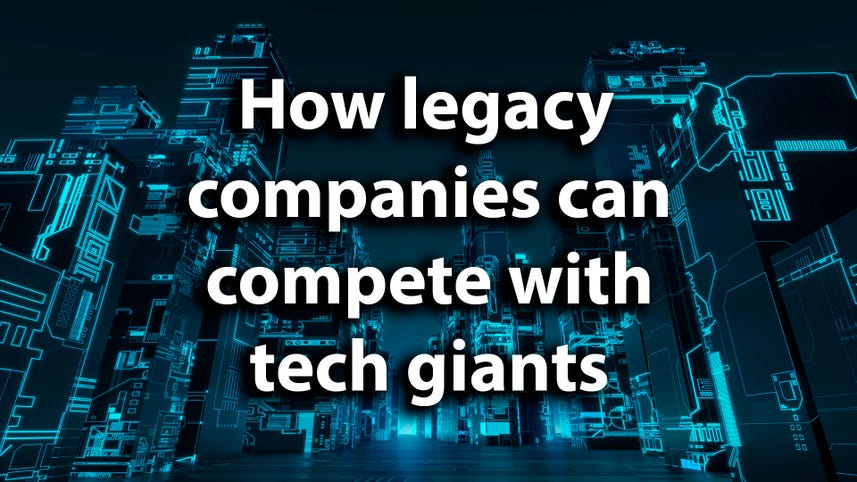 The big question here is when tech giants become legacy players. Big technology is busy building quasi conglomerates and can do well because the growth is there. However, gravity still exists, and it's a safe bet that big tech will do some breaking up at some point. Think Hewlett-Packard's split into HP and HPE.

Today, these giants are conglomerates in training with a relatively strong belief in magic management and duopolies. Fast forward a decade or two, and they're likely to become breakup stories.