Could a Raspberry Pi be your next desktop PC?

The new Raspberry Pi 4 Model B is a powerhouse that has features you'd expect to find in an entry-level desktop PC. Could this be the future of PCs?
Written by Adrian Kingsley-Hughes, Contributor on June 24, 2019 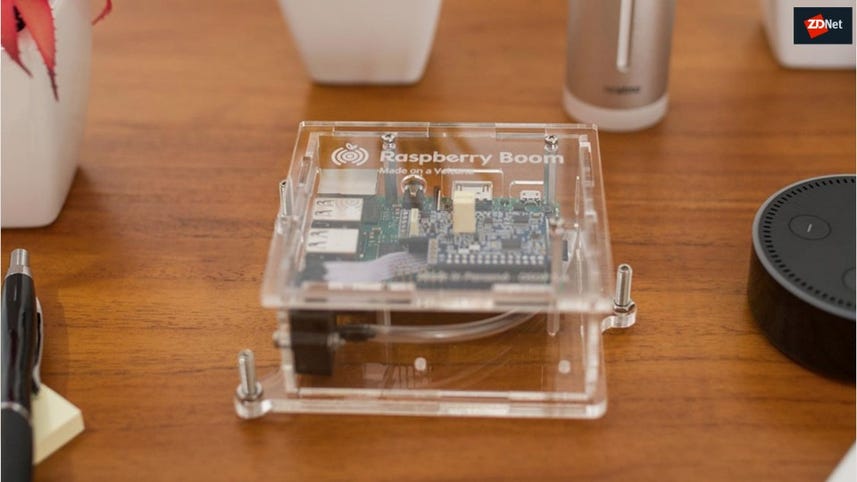 The new Raspberry Pi 4 Model B has a hardware spec that puts it on par with a desktop PC.

Must read: Top 10 iPhone privacy and security tips you should check today

The spec of the Raspberry Pi 4 Model B is impressive indeed. For a starting price of $35 you get a quad-core 1.5GHz ARM Broadcom BCM2711 processor, 1GB of RAM, two micro-HDMI ports supporting 4K outputs, Gigabit Ethernet, Wi-Fi, Bluetooth 5.0, and dual USB 3.0 ports.

And for the first time, the Raspberry Pi is offered in different memory configurations, with a 2GB and 4GB option available, for $45 and $55 respectively.

This is a very different direction for the Raspberry Pi to go in, taking what was previously a hobby board and giving it a seriously beefy spec, and at a price that's quite competitive.

And it's clear that the non-profit organization is keen to push this forward as a PC.

"This is a PC," said Raspberry Pi co-creator Eben Upton told ZDNet's sister site TechRepublic. "It's a realization of the vision that this thing is a PC. You could surf the web on it, run office applications, open a lot of tabs in Chromium, because, as you know, it's the 'open a lot of tabs' is probably where the existing one falls down. This feels subjectively more PC like, in terms of the performance."

Question is, is this the future of the desktop PC?

There's a part of me that wants this to be the future of the PC. A small and cheap device is good for both buyers and the environment. No longer do desktop PCs have to be big boxes that take up huge amounts of desk space.

Another factor that helps is the addition of USB 3.0, which means that the microSD card storage could be augmented with high-speed external storage.

On paper, the specs of the new Pi 4 Model B looks good, comparable with an entry-level PC, and it comes in a small package at a very competitive price.

This update also brings to the market what users have been asking for -- more power, faster connectivity, and great memory choices.

The real black mark against a Raspberry Pi being someone's next PC is that it just isn't something that's set up and ready to go. While it's not hard to set up a Raspberry Pi, and get the hardware ready, it's still more work than most people are ready for.

Then there's the issue of getting to grips with the operating system. That's not for the faint of heart, although again not beyond anyone with time on their hands and good at tracking down information on the web.

But for the right person -- someone already used to working with a Pi -- then this could very well be their next PC.

And for the price, this would blow away any entry-level desktop PC on the market.