Full Bio
Posted in Between the Lines on July 6, 2018 | Topic: Innovation 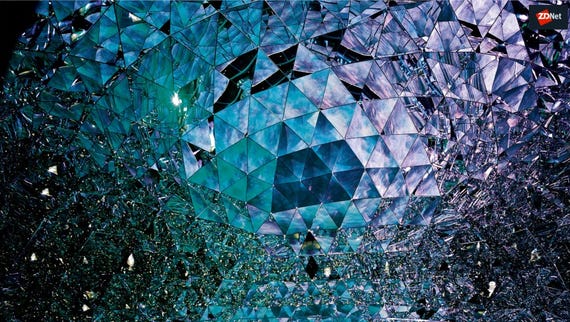 The usage of fans and liquid cooling to keep our devices cool enough to operate may one day vanish, thanks to a crystal invented to replace these systems.

According to researchers from the University of Illinois at Urbana-Champaign and The University of Texas, Dallas, crystals -- tailored for optimal thermal conductivity -- have the potential to eradicate the need for less-effective cooling methods.

Electronic devices and processors generate heat when operating. The higher the power demands of applications and features, the more heat is generated. If hardware has no cooling systems in place, it may overheat and cease functioning.

Fans and liquid cooling are common for typical consumer devices, whilst temperature-regulated rooms and advanced liquid cooling systems are often used in data centers. As our devices become more sophisticated and powerful, a more effective way to keep them cool is required.

Every method we currently use has room for improvement -- and this is where crystals may come into play.

On Thursday, the scientists revealed a research project on optimizing the properties of boron arsenide in cooling down devices.

Boron arsenide is not a naturally-occurring compound; instead, it must be grown in laboratory conditions. However, once synthesized, the material has "excellent" thermal properties and can "effectively dissipate the heat generated in electronic devices," according to the team.

"We studied the structural defects and measured the thermal conductivity of the boron arsenide crystals produced at UT Dallas," said co-author David Cahill, head of the department of materials science and engineering at Illinois. "Our experiments also show that the original theory is incomplete and will need to be refined to fully understand the high thermal conductivity."

The boron arsenide crystals were synthesized using a method called "chemical vapor transport." This technique combines elemental boron and arsenic while in the vapor phase before they cool and condense into small crystals.

The crystal composite must also be created with a very specific structure and low defect density to be effective, and so their growth was highly controlled.

The scientists say that following tests with dozens of batches of crystal, the thermal conductivity potential reached up to three times higher than the materials used to cool our electronics today.

CNET: Five cool things that could be made with graphene

The team believes that the crystals have the potential to be far more effective than silicon -- which can only dissipate a certain amount of heat -- or diamond, which when man-made, often contains too many defects to be considered for widespread use in electronics cooling.

In the future, further studies which will enhance the growth of the crystal, as well as explore potential large-scale applications, will be launched.

The study, "High thermal conductivity in cubic boron arsenide crystals," has been published in the academic journal Science.

Join Discussion for: Crystals could cool down your future electronic...