If you're interested in Amazon Alexa devices, today is the day to shop. David Gewirtz added four more Alexas to his new home and saved quite a bit of money. Here's how he's going to put them to use.
Written by David Gewirtz, Senior Contributing Editor on Nov. 27, 2017 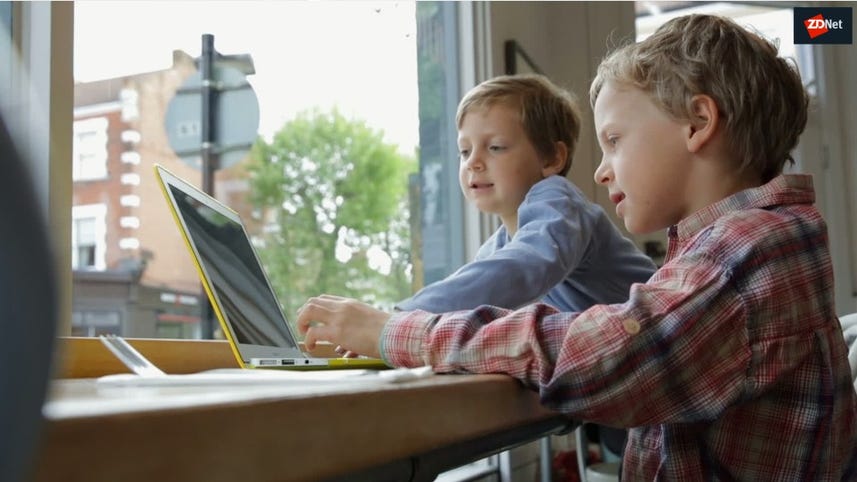 Video: Who needs a screen? AI shaping future of computing with digital assistants

I already own two original-size, Pringles Can of Doom Amazon Echos. This morning, I one-click ordered four more. If you're curious why, read on.

My wife and I thoroughly integrated Alexa devices into our home environment. Back before we moved, we had something like 28 Hue bulbs, a few Wemo switches, some smart plugs, and even our entertainment center under the control of our tin cans.

We also relied on our Alexas for everything from temperature queries to alarms, and lots and lots of timers. The Amazon Alexa ecosystem (Echosystem?) became an integral part of daily living.

One Alexa was located in our great room. This was the main room of the house and encompassed a kitchen area, breakfast nook, entertainment zone, and both of our offices. We could shout to Alexa from pretty much anywhere and she'd hear us.

Our second Alexa was in our bedroom. We used her a bit less often, but she was the first sound we heard in the morning, and her "Okay" was pretty much the last sound we heard at night after asking her to turn off the lights.

Because our old Florida house was structured almost entirely around the two zones, two Alexas worked well for us. I didn't have one in the garage, but that, too, was right off the great room.

However, in our new Oregon house, we have smaller rooms. The only large room is a kitchen/bonus room combo. My office and studio are in that bonus room. This house is a bit more compartmentalized. It's not easy to be heard in the kitchen from the TV room, and it's impossible to shout from the bedroom to my office.

Even so, we still want all of the Alexa capabilities, including home control. But because we have more separate spaces, we need more Echos.

How we plan to use our Alexas

As it turns out, Amazon has a Black Friday/Cyber Monday sale with substantially discounted Echo devices. Taking advantage of the savings, we increased our stable of Alexas from two to six. Here's how they're going to be used.

All six Alexa devices: Because we can no longer speak loudly and generally hear each other across a main great room, we're putting an Alexa into each room to act as an intercom. It is unfortunate that we can't broadcast across all Alexa devices in the house, in the event my wife, for example, doesn't know what room I'm in. That said, some intercom functionality is better than none.

Original "Pringles can" Echo in the kitchen/office: We do have one large room in the new house, a kitchen/bonus room combination. I set up my office here, and we put one of the original Echo devices in this space. This allows us to use the Echo while working in the kitchen, or while I'm in my office, with reasonable quality sound across the area.

Second "Pringles can" Echo in the TV room: We now have a small TV room area, all set off by itself. This also gets an original "Pringles can" style Echo device, allowing us reasonable sound and music playback in the TV area. This is nice, because it's our overall electronic entertainment zone, and sometimes it's nice to just listen to Alexa-provided music. Finally, this area is a favorite for our little dog, especially when he's scared of storms. We have a number of very soothing playlists on Pandora, and can summon them up quickly from Alexa to keep the little guy calm.

New Echo Dot in small hobby room: This new house has two very small spare bedrooms. My wife and I each get one for hobby space. There's no need for great sound in these rooms, so a cheap (on Cyber Monday, $29) Echo Dot does the trick.

New Echo Dot in craft room: This is the second of our small hobby rooms, dedicated to my wife's crafts. We'll put the second Dot we bought in there when it arrives.

New Echo Show in master bedroom: I'll admit, this surprised me. I didn't see much benefit to the Echo Show over a traditional Echo, but as soon as my wife saw it, she wanted it. It'll go on her vanity. She wants to use it to watch some of her shows right on the tiny screen. She's really likes a number of Amazon's original series, so this is a good fit. The Echo Show also has pretty solid audio playback and pickup, so even though it will be located off the side of the room, we can use it from bed as an alarm, to turn off the lights, and such. Because it's Cyber Monday, we got it for fifty bucks off its regular price.

New redesigned Echo in garage/workshop: I thought about saving another fifty bucks and just putting another Dot in the garage, but that space is quite large and often noisy. So I took advantage of the $20 savings and got a full-size (but now smaller than it used to be) "all new" Echo for the garage. It's still almost eighty bucks, but it will definitely be nice to have Alexa capabilities in a room where I spend a lot of my time.

So that's it. Like all aspects of this move and reinvention of our living environment, this upgrade wasn't cheap. But by taking advantage of the Cyber Monday deals, we were able to save $110 - roughly the price of two Alexa devices. That's not a bad savings. We'll definitely put them to good use.