Deal alert: Apple's HomePod speaker is $100 off for the holidays

This device is small, can fill an office with booming sound, and it's compatible with AirPlay 2.
Written by Elyse Betters Picaro, Managing Editor on Dec. 12, 2018 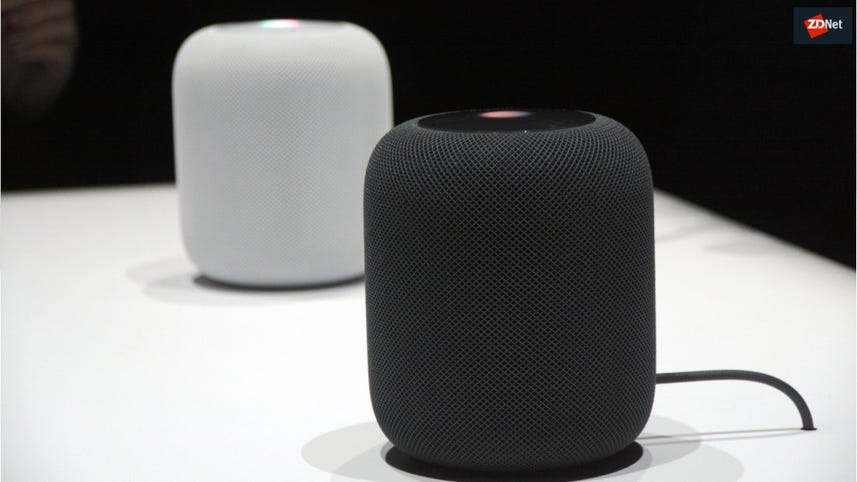 It's the holidays, which means everyone is overwhelmed with all the "deals" available. There are so many that, at times, you've probably wondered whether they really are good bargains. Well, we have one for you that truly is a sale worth checking out. And the best part is it's an Apple device.

Apple is notoriously stingy when it comes to discounting its products. For Black Friday, for instance, it typically opts out, or if it does hold a sale, it'll merely offer gift cards with purchase. But that doesn't mean other retailers aren't offering reduced Apple goods. Enter B&H Photo, which is offering the Apple HomePod for $249 -- a whopping $100 off its usual price.

This retailer has a limited supply in both black and white color choices, but at time of publishing, the deal is still available. For comparison, Apple's refurbished HomePod models are only $50 reduced. Both Amazon and Google do offer much cheap alternative smart speakers, but if you're hooked on Apple and its ecosystem, this deal is a no-brainer.

In our review of the HomePod, we really liked it. Being able to add reminders, listen to Apple Music, and control HomeKit accessories is something we've always wanted, though the idea of being further locked deeper into Apple's ecosystem did make us hesitate.

Still, this device is small, can fill an office with booming sound, and it's compatible with AirPlay 2. If you've been waiting to get one, better jump on this now. It's the lowest price you'll find -- that is, until the next holiday season rolls around. To be clear, a few different places sold the HomePod at this price during Black Friday. But those were brief sales.

So, best hurry before B&H runs out of stock.

Apple's HomePod can be used as a hub to control HomeKit devices via Siri voice commands. Here's a selection of accessories worth investigating.

Apple HomePod: Late, and pricey, but this smart speaker still has one advantage

Has Apple given Amazon, Google, and others too much of a head-start in the smart speaker market?