Google added a screen to its latest Home device, making it a so-called "smart display." But it is not the only device of its kind. There are actually a few smart display options to choose from, some of which even come with Google Assistant. Here is a look at what's available to buy right now.
Written by Elyse Betters Picaro, Managing Editor on Oct. 22, 2018 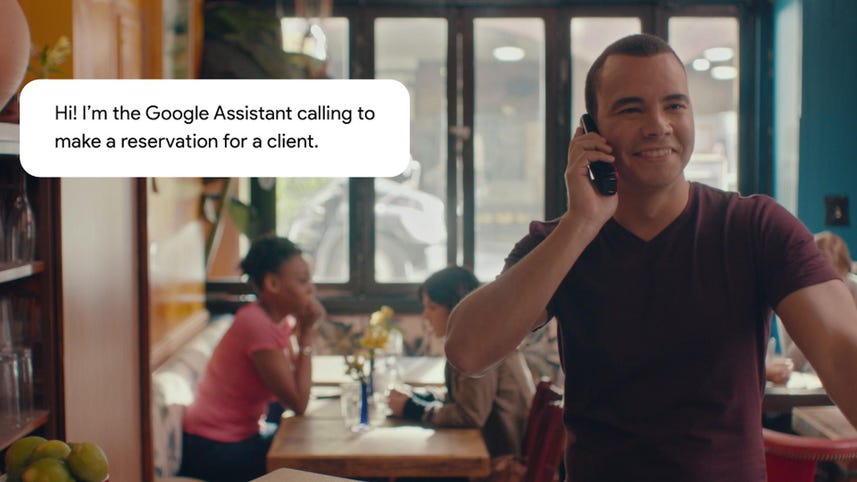 One year after enlisting the help of third-party manufacturers to get screen versions of Google Home into your life, Google has launched its own smart display, called Home Hub.

Designed to be a smart home controller, it's equipped with a speaker for alarms and timers, and it comes with a screen so you can view the thousands of pictures you've stored in Google Photos. Another advantage of having a display: It can show you results and speak them to you, which -- in many scenarios -- is very useful. Just say "OK Google" to get Google Assistant's attention, followed by a command, and then control the results with your fingers on the screen.

Also: Google Home Hub joins the fight to put a screen on your countertop CNET

However, it's not the only smart display with built-in Google Assistant smarts -- let alone the only smart display. There have been a handful of companies to announce similar devices in the past year, including LG with the ThinQ WK9 and Sony with the Smart Display, but only a few of them are actually available to buy right now. Here are some of the best options.

Lenovo's Smart Display, which is available either with a 8-inch HD touchscreen ($250) or a 10.1-inch Full HD screen ($200), is an interesting rival to the Google Home Hub, as it is one of the first third-party smart displays to arrive with built-in Google Assistant.

Both models feature a Qualcomm Snapdragon 624 processor, 2GB of RAM, a 5-megapixel (720p) for video calling, dual microphone arrays, and support for Bluetooth and dual-band Wi-Fi. The 10.1-inch device is unique in that it has a 2-inch 10W full range speaker with dual passive radiator, while the 8-inch version comes with a 1.75-inch 10W speaker.

Also: Everything the Lenovo Smart Display can do CNET

If you want another Google Assistant option, there's always the $200 JBL Link View.

It offers an 8-inch HD touchscreen and a 5-megapixel front-facing camera for video calling. And because it is a Harman International company (a subsidiary of Samsung), it focuses on audio quality, with stereo 10W drivers and a dedicated passive radiator for bass level control.

It is also compatible with HD audio streaming, up to 24bit/96k, and it has both Wi-Fi and Bluetooth connectivity. The speaker and screen is splash proof to IPX4 standard, too.

For those of you who prefer Amazon Alexa over Google Assistant, you may want to consider the $230 Echo Show, one of the first smart displays to launch. The latest version is an Alexa-enabled speaker with a 10-inch HD screen, 5-megapixel camera, dual 2-inch drivers, a passive bass radiator, Dolby processing, eight far-field mics, and a Zigbee controller. It can be used to do everything from video chat (or "drop in" on trusted contacts) and control compatible smart home devices without the need for separate hubs or apps.

The $130 Echo Spot is basically an Echo Show combined with an Echo Dot. It features a 2.5-inch screen, which can be used for viewing Alexa skills and things like music lyrics and alarm times, and it can also be used to make video calls, thanks to a VGA front camera. It offers the same functionality as the Echo Show, only it's smaller, and there's no Zigbee controller.

We had to include this one -- even though it's not technically a smart display. Amazon offers a $40 device called Show Dock that recharges one of its 8-inch or 10-inch Fire HD tablets and turns it into a smart display. Yes, you can access Alexa and use voice commands.

The idea is you'd dock your Fire tablet to charge it while simultaneously propping it up for use at a counter, or you can undock it and take the tablet with you on the go, resulting in a portable experience -- something none of the other "true" smart displays offer.

Facebook recently entered the smart display race with a new video communication device called Facebook Portal. It doesn't come with Google Assistant -- but it does have built-in Alexa. It also has an AI-infused technology called "Smart Camera and Smart Sound," which allows it to follow you around the room, auto pan and zoom, minimize background noise, and enhance the voice of whoever is calling, so you can go hands-free during a video call.

The first Google Home device with a display is now available. We took it for a spin over the weekend.

Smart displays cover all angles to rise above the chatter

With their fall product launches, Amazon, Facebook, and Google have all offered their take on smart displays. But the privacy-testing small screens have big differences in design focus and user distraction.

Google to device makers: You do you, and I'll do me

Throughout the year, third parties have shown off devices in line with Google's stated platform priorities. But when it comes to its own devices, Google feels free to go its own way.

Google Fuchsia: Here's what the NSA knows about it

Fuchsia is Google's mystery operating system. At the recent Linux Security Summit, the NSA revealed what they've found out about it to date.

Just in time for football, we found fantastic bargains on OLED TVs

Just in time for football, we found fantastic bargains on OLED TVs