It's expensive and hard to find, but keep searching because this monitor is worth it.
Written by Chris Duckett, APAC Editor on Jan. 26, 2022 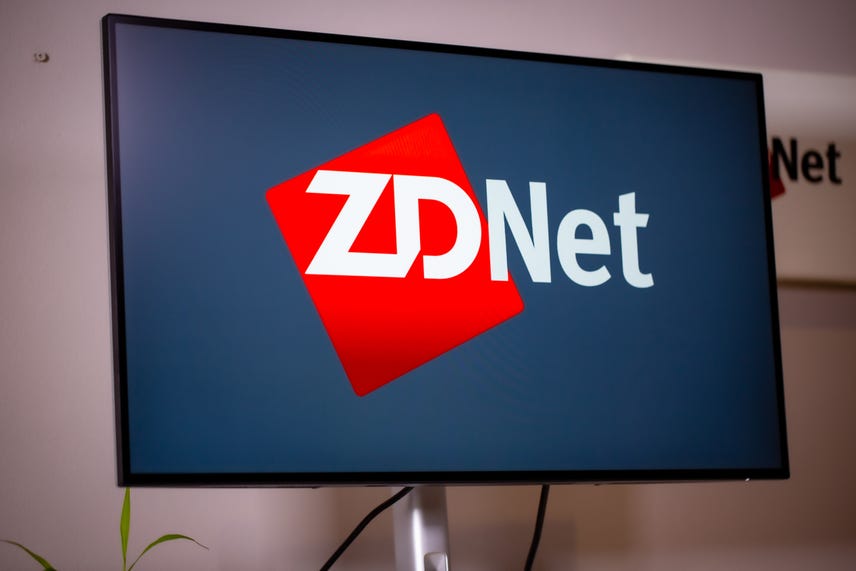 In the world of working from home, you are likely to have two machines that you work from: The corporate supplied official device that you should be using for work; and your home machine that you use after hours, or alternatively, do as much work as possible on.

For the past 18 months, my work devices have either lived in a bag until needed, or alongside some former office remnants on a table with a now redundant monitor, USB hub, keyboard, and mouse for those times when I absolutely needed to use the work laptop. Switching between devices meant physically switching desks, something that I was lucky enough to be able to could squeeze into one room.

But this arrangement was quickly superseded when the Dell U2722DE appeared in my life -- and there's no going back.

The first thing this monitor does is become the centre of your setup, thanks to its USB hub functionality and sheer amount of ports. It has one upstream USB-C port for data and 90 watts of power, another upstream data-only USB-C port, one downstream USB-C port that provides 15 watts of power, four USB 3.2 Gen2 ports rated at 10Gbps, an RJ45 networking port, one DisplayPort as input from a computer and another DisplayPort for daisy chaining, one HDMI port for that old-school feel, and a headphone jack.

The idea with this monitor is rather than plugging into a desktop or laptop, you connect the peripheral to the monitor and then have a single cord go back to a computer or laptop over USB-C if you can, or in my desktop's case, one DisplayPort cable and a single USB cable. If you've used a USB hub, this is the exact same scenario, although it is still mindbending to realise the Ethernet connectivity is passed from the monitor to the desktop, which also means when a machine is selected as the input, the wired connectivity drops.

Using the U2722DE will not magically turn your existing cable mess into some sort of Marie Kondo-inspired delight, after all, the cables still have to plug in somewhere, but rather than having a mess behind the desk running to the desktop, and sometimes having monitors and accessories in non-optimal positions due to cable lengths, it's easier to sort and much more accessible with the U2722DE playing middleman.

At least one cable that no longer runs all the way back to the desktop is the DisplayPort cable that connects to one of my monitors, as it is daisy chained off the U2722DE.

For the past few weeks I've had a laptop sitting below a trio of screens: An older Dell U-series connected to a desktop, the U2722DE in the centre, and another U-series daisychained off the U2722DE.

In this setup, the left display is permanently attached to the desktop via DisplayPort, and the two on the right are able to switch between the desktop and laptop thanks to the built-in KVM inside the U2722DE and daisy chaining the monitors via DisplayPort Multi-Stream Transport (MST).

Theoretically there is a GPU and/or DisplayPort 1.2 MST limitation on the number of pixels that can be driven via MST, but with a 2560x1440 resolution on the U2722DE and 1920x1200 on a U2415 there have been no issues, but chaining a third monitor can push the specifications. In my case, the Nvidia 1060 in the Linux desktop had no issue with three displays chained up, but the 8th generation ThinkPad X1 Carbon running Windows could not handle the laptop display as well as three chained screens, and always wanted one of the external monitors disabled.

Where the uncluttering really comes into play is the KVM switch in the monitor. Using two different machines during the day no longer requires me to leave my seat as the monitor allows me to change the input between the desktop DisplayPort and laptop USB-C connection. That means the redundant desk and setup could head elsewhere, if I can find a place for them other than the bin.

One feature that Dell touts about the U2722DE is the ability to have a picture-in-picture where one machine's output will overlay the second. Having used it, there are a few reasons why I remain with switching inputs between the different machines rather than using picture-in-picture. For one, it disables DisplayPort daisy chaining, which not only sends the display configuration haywire if the machine expects the full complement of monitors but also makes the laptop complain endlessly that it has a misbehaving USB connection until the USB-C cable is removed and put back in.

Otherwise, the view is a scaled down version of what would be shown on the display, so it is hard to read text, and most of the options involve an overlay, which means you are sacrificing viewability on the U2722DE as well. There is an option for a split down the middle but the 27-inch U2722DE isn't quite big enough to make this work well, but it's something that can be used in a pinch.

These monitors cover a range of sizes, price points, and specifications.

The killer blow though is the only way to switch which machine gets USB connectivity is interacting with the back of the display where the knob to operate the monitor's menu lives. So switching inputs is slightly clunky at best.

Given these tradeoffs and the process to switch between USB and monitor input is basically the same, I find it is easier to just switch the input of the U2722DE holus-bolus and have it, as well as the daisy chained display, switch between machines.

As a monitor review, at some point the actual panel used in this monitor should be discussed. It is a 27-inch IPS Quad HD panel, and as part of the UltraSharp series, it does not refresh with the sort of high hertz that gamers may want, but for everyone else it is a good panel typical of the U-series.

As you may have guessed from the type of screens around it, I am quite partial to the U-series and like the more accurate colours compared to the prior Dell S-series monitor I used that preferred a more washed out look.

One area where I feel Dell has headed backwards is in ditching the traditional buttons and replacing them with an oversized power button and a joystick control on the back of the monitor. This means every time you want to switch between devices, or access a menu, you need to guess at where the joystick is. The guesses get better, but they are still guesses. By contrast, the S-series had buttons on the underside of the bezel, which was a much better solution.

If you simply want this panel without the full hub and KVM goodness, the Dell U2722D exists, and costs a bit over AU$100 less at the time of writing at AU$700.

However, if you are going to pay that amount for a monitor, the full AU$820 price tag of the U2722DE is not much more, especially when USB hubs themselves can cost multiple hundreds of dollars on their own. In my mind at least, it's helped offset the high price by removing a USB hub from my life.

The main reason you might not buy this monitor though is that it's terribly hard to find. Many places have either shown it as out of stock or taken a guess at when it might be restocked, with those estimates being many months in the future.

If you decide you want this monitor and you see one available, jump on it while you can as stock does seem to be truly limited.

Supply issues aside, this monitor is a pleasing revelation that has allowed me to simplify my setup -- by making it more complex with a KVM in the middle -- with the quality of the panel being a lovely bonus.

Tablets
Logitech MX Mechanical review: A masterful keyboard in all switches and sizes

Logitech MX Mechanical review: A masterful keyboard in all switches and sizes