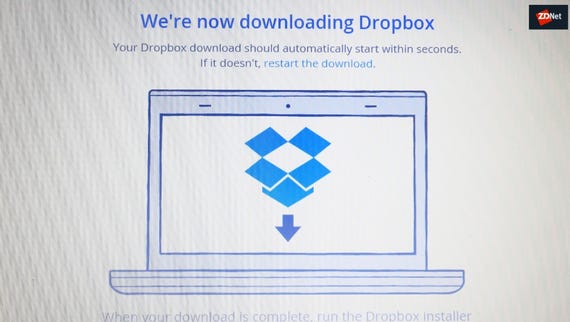 Dropbox said Tuesday that it's expanding the capacity of its Magic Pocket infrastructure project with the mass deployment of Shingled Magnetic Recording (SMR) drive technology.

The Magic Pocket project refers to Dropbox's own exabyte-scale infrastructure that it's been building since 2016 as it weans off of Amazon Web Services. According to Dropbox, Magic Pocket is designed to push the boundaries of the company's platform while still representing the its core file-storage roots. Since launching in 2016, Dropbox said Magic Pocket has saved the company $75 million in operating costs.

By infusing Magic Pocket with SMR, Dropbox said it will increase its overall storage density, reduce the company's physical data center footprint, and provide significant cost savings. Moreover, Dropbox claims that this is the first time any company will use SMR to expand capacity at exabyte scale.

To make the SMR deployment happen, Dropbox said it sourced SMR disk drives from third-party suppliers, designed a bespoke hardware and component ecosystem around it, and created new software to ensure its compatibility with existing Magic Pocket architecture.

Dropbox expects to have a quarter of its Magic Pocket infrastructure on SMR drive capacity by 2019. In the coming months, Dropbox said it plans to open source the test software it created during its move to SMR technology, helping other companies qualify SMR for their own enterprise storage environments.

Read also: Dropbox puts on a new face as it gets ready to go public (CNET)

"Creating our own storage infrastructure was a huge technological challenge, but it's already paid dividends for our customers and our business," said Quentin Clark, SVP of engineering, product, and design at Dropbox. "As more teams adopt Dropbox, SMR technology will help us scale our infrastructure by providing greater flexibility, efficiency, and cost savings. We're also excited to make this technology open-source so other companies can benefit from it."

Dropbox reported revenue of $316.3 million, up 28 percent from the same period last year.