The payments network doesn't want to miss out on a share of the public transport payments pie, announcing that it will be speeding up the development of its technology.
Written by Asha Barbaschow, Journalist on Sept. 24, 2018 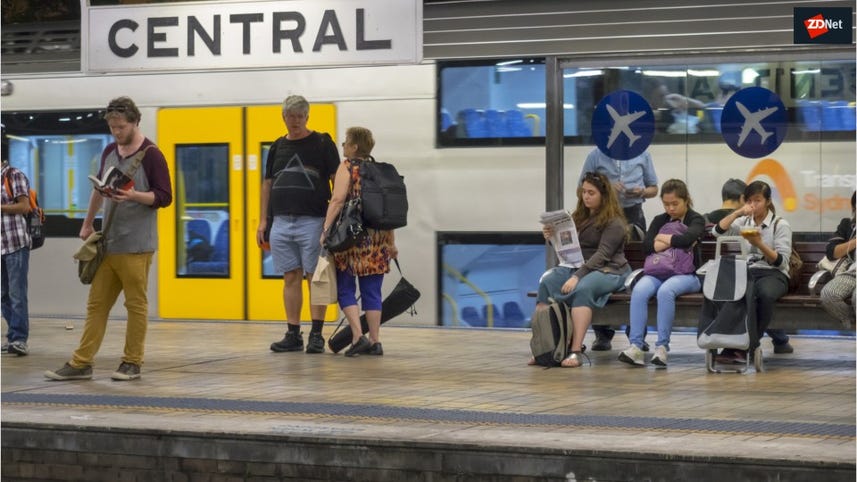 Eftpos is looking to enable its Tap & Pay technology on public transport in Australia, announcing on Tuesday that it would be fast-tracking the capability for use on buses, trains, and ferries.

The company has stood up a dedicated technical and business team to complete the capability rollout to financial institutions across Australia by April 2019, with Eftpos MD Stephen Benton saying the team is already in discussions with a number of state governments.

The new transport team would also focus on rolling out Eftpos Tap & Pay to other types of unattended payment devices, such as parking meters and vending machines, the company revealed.

"As tap payments are introduced on transport systems across Australia, it is vital for Eftpos debit to be included to ensure all Australians have access to the benefits of this technology and can use their own money, rather than credit," Benton said.

Eftpos believes transport is the next natural progression for the company.

Australia has one of the highest usage rates of contactless payments. Mastercard reports that its PayPass "tap-and-go" functionality is used in around 80 percent of face-to-face transactions; it's a similar story where Visa is concerned, with 92 percent of in-person transactions on the Visa network utilising its PayWave service.

Australia also has one of the highest concentrations of point-of-sale devices in the world, with 960,000 Eftpos terminals.

Cubic currently supplies the state with its go card and is also the provider of the Opal public transport system in NSW.

Speaking at the WT Wearable Technologies Conference in Sydney in December, Lance Blockley, managing director of The Initiatives Group and part of the evaluation committee that chose Cubic to rollout Opal, said Cubic was chosen as it fulfilled a part of the requirement that asked all of the hardware to be installed from day one with openloop compatibility.

See also: Wearable payments: A gimmick that might take off

Commuters in Sydney now have the option of using Mastercard, Visa, and American Express cards for some public transport trips across the Opal network.

The Victorian government also recently announced that a selected test group will trial a new smartphone app, Mobile Myki, that allows for the use of Android devices with NFC to replace Melbourne's Myki card for ticketing on public transit.

Commuters in Melbourne shouldn't hold their breath for openloop services, however, as Blockley said Myki is a completely different system to the one Cubic has installed elsewhere.

"You'd love the idea of all of the main metro areas in Australia to be openloop, because you could go to any city and just tap-on and tap-off," he said. "Melbourne will be a problem."

Similar issues have been seen in both Brisbane and Perth, but Blockley said they are easier to deal with. The Department of Transport has previously said there is significant development required to get an Australia-wide system.

Commuters in Sydney can possibly look forward to paying with their own bank account in lieu of Opal, a payments industry veteran has claimed.

Cubic will be responsible for upgrading the current system to allow for contactless payment via bankcards, mobile phones, and wearables on public transport.